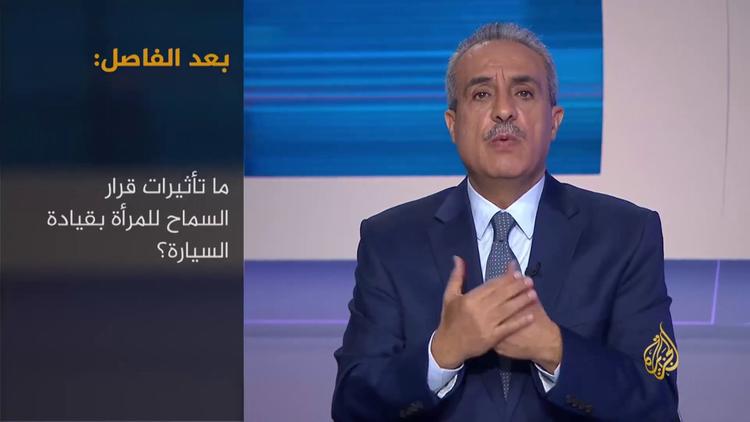 In an unexpected move that surprised everyone, including his own people, King Salman bin Abdulaziz Al-Saud of Saudi Arabia has suddenly passed a royal decree permitting women to drive. His stunning decision comes after years of the ban, which was justified using Islam as a pretext.

The Council of Senior Religious Scholars, which is close to the royal family and is crucial for shoring up its legitimacy, seems to have strongly supported the move, stressing that the decision was in the interest of Saudi society – this despite the fact these same religious leaders have opposed women’s right to drive for decades, accusing any women who dare to take the wheel of having lost their virginity and integrity. Similarly, the official Saudi media portrayed the decree as a historic step – but presented it as a favour or a royal benevolence boosted upon women, not a legitimate right long overdue.

Despite the noise that accompanied the decree, this move is not some bold initiative to present a new religious interpretation of the issue. Theologically speaking, the ban has no basis in the Quran or Hadith, and should never have been imposed in the first place. Saudi Arabia was the only country in the region that banned women from driving cars, and its claims to religious and cultural legitimacy were baseless. The denial of this basic right was not only blatantly against the precepts of Islam, but has tainted the name of Islam in a country that flatters itself as the defender of the true faith.

So there are plenty of questions to answer. Why exactly was the decree finally issued – and why now? Is Saudi society ready to accept it? And what will be the social, political and religious implications at home and across the Middle East?

It seems the decree was not previously discussed as a serious possibility, and there was no consultation or input from various sections of Saudi society. We also know that only a year ago, when the king’s son Muhammad Bin Salman was asked about the possibility of lifting the ban, he answered that Saudi society was not yet ready to accept such a transformation.

Some stated that the decision came as a natural consequence of the gradual reform policy adopted by the previous king, Abdullah bin Abdulaziz– who allowed women to take part in the recent municipal elections and have some form of representation for the first time in the history of the kingdom.

But others saw the decision as a ploy to assert political authority over the religious establishment that has dominated the kingdom’s politics for years. This is especially relevant given the aforementioned Muhammad bin Salman is predicted to imminently take over the kingdom from his frail, ill father.

In fact, a lot of Saudis believe that he is the prime mover behind the decision. He has already set out his plans for the kingdom under the brand Vision 2030, and is being presented as a king-in-waiting who will set the country on the road to modernity and civil liberty.

While the decree is a step in the right direction, many in the region and beyond believe that the decision is pure tokenism. Saudi women might now have the right to use a car, but they still don’t have full employment rights and cannot travel without permission from a male guardian. They cannot pass their Saudi nationality to their children if they aren’t married to a Saudi citizen, and still face the same restrictive code of female behaviour imposed on them by a patriarchal interpretation of the Islamic texts.

Ultimately, this is less an earnest emancipatory gesture than a useful political play, a distraction from the difficult situation into which the kingdom has lately fallen. Its reckless and erratic policies in Syria and Libya have isolated Saudi Arabia and called its credibility as regional hegemon into question – while its military coalition in Yemen faces mounting accusations of war crimes.

The Saudi government’s recent ostracisation of Qatar came with a heavy-handed crackdown on Saudi academics, human rights activists and moderate religious scholars (such as Salman al-Ouda, who not long ago advocated for ending the driving ban) who voiced opposition. The spectacle of critics being arrested and detained without compunction raised fears of a social and political backlash that could engulf both the kingdom and the region.

This is the real context for the decision to lift the ban. The question now is whether Saudi society, still very conservative and sensitive about women’s issues, will accept or reject the change. For now, the biggest losers are undoubtedly Saudi religious scholars – legitimacy will now be questioned by millions of Muslims in the kingdom and beyond.

Al-Arabiya English: “Here is how Saudi women can benefit more from driving in Saudi Arabia”