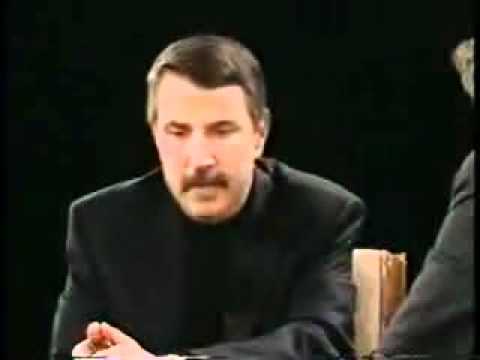 Writing about conflicts in the Middle East for the New York Times yesterday, columnist Thomas Friedman talked of “the power that is lost to a society like Syria or Iraq that needs an iron fist to make its many into one, and when that fist is removed, how the society fractures into small shards”.

This brought a riposte on Twitter from investigative journalist Glenn Greenwald who commented:

Once every few months, Tom Friedman writes a racist screed about how Arabs need an "iron fist" or "big stick" or some other phallic object pic.twitter.com/HkctofothZ

Greenwald does have a point. A Google search reveals no fewer than 44 of Friedman’s columns that feature the words “iron fist”. But is it wrong to talk of Arab countries in this way?

There are certainly plenty of Arabs who think a strong leader is exactly what they need even if he (and they invariably mean “he” rather than “she”) rules with an iron fist. Strength and manliness, more than wisdom, are things many admire in a ruler – and they seen it in figures like Nasser and Saddam Hussein.

Bin Laden understood that too, though in his case it was religion that provided the big stick:

It isn’t wrong to acknowledge that these attitudes exist – they are actually central to the Middle East’s problems – but it depends what conclusions people draw from them.

Characterising Arabs as fundamentally incapable of being ruled except by the rod is an old Orientalist trope, and one that has often been harnessed in the service of imperialism. It’s a convenient pretext for foreign powers to prop up Arab dictators in the name of “stability” or to bring their own iron fist to bear when the dictators step out of line.

Friedman has played a part in that himself. Here he is in a video from 2003 explaining why he thinks the invasion of Iraq was “unquestionably worth doing”.

The second part of the trope is that once the fist is lifted, Arab society is liable – in Friedman’s words – to fracture into small shards. Again, there is some objective truth in what he says. We have seen it happen in Iraq, Libya, Syria and Yemen (though in Egypt and Bahrain the fist has returned with a vengeance, leaving only Tunisia as a rather fragile success story).

Viewing this turmoil, many people hark back to Sykes-Picot a century ago and the arbitrary drawing of borders by western powers. For some of the newly-independent Arab states that certainly created a burden they could have done without, but it can also become a lazy excuse for the failings of Arab regimes in the decades that followed.

Worldwide, there are very few pure nation-states; almost all have some elements of ethnic or religious diversity and many have coped with it far more effectively than Arab regimes.

From a dictator’s viewpoint, internal fissures are not necessarily unwelcome, though. They can be exploited to play one element off against another – which is one reason why Ali Abdullah Saleh clung to power in Yemen for 34 years: divide and rule.

Nobody should be surprised when Arab countries fall apart because that, by and large, is how the state has been constructed – in the expectation that when citizens are presented with a binary choice between dictatorship and chaos they will acquiesce in the former for fear of the latter. As the French saying goes: Après moi le déluge.

The key here is to cut out the middle ground and ensure that other – less authoritarian – ways of running the country don’t become viable or seen as even potentially viable: keep the public disengaged from politics as far as possible, restrict civil society activity and treat free speech as subversion.

None of that means Arabs need a big stick or that they will always have to be ruled by one. But it does mean they haven’t been given a free choice or a fair chance to explore ways of managing their own affairs.