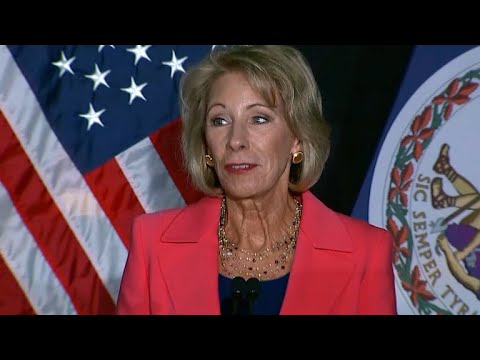 When I was in college in the early eighties, the dorm staff told us females to get escorts if we had to walk outside after dark. Watch out for the dark bushes in front of the dorm building, they warned us. Each communal bathroom also had rape whistles in case an attacker was hiding in a stall.

Those concerns were about “real” rapes committed by evil men, blitz attackers who struck at random. Nobody warned us about date/acquaintance rapes because that concept was not yet known on my campus. Once a college friend told me about her friend who had been craving a cigarette. She went over to the men’s dorm area to ask for a smoke. Some guys invited her into their room, then locked the door. They ordered her to take off her shirt.

My friend only shook her head sadly. I will never know what happened to that young woman. If she had been sexually assaulted, though, we would not have called it rape she was “in the wrong place at the wrong time,” and her dorm mates were “just being jerks.” Until recently, many rape victims did not consider their experiences to be “real” rapes. Jackson Katz, an advocate against gender violence, quoted one woman as saying, “I have been raped twice and have had several other sexual assaults. I was not even fully aware that I had been raped either time until much later. It was so ingrained in my mind, personality, behavior, or whatever that this was how things are in the world. I believed that men had a right to my body and I was supposed to let them.”

Betsy DeVos, the Secretary of Education, has recently created a controversy by limiting Title IX protections for campus rape victims. During her September 7 speech, she stated that the school administrations were acting as “kangaroo courts” that were destroying the lives of young men through false accusations. Although I fully support the rights of any accused person to a fair hearing, I do not agree with her assertion that the schools’ attempts to enforce Title IX are fatally flawed. Instead, I think that Betsy DeVos is trying to revive the idea that the only “real” rape is one committed by a crazed stranger lurking behind a dark bush.

All sexual assaults, whether by a stranger or acquaintance, are horrific crimes. However, some people want to return to the “good old days” of considering only stranger rapes as “legitimate” and any other type of attack as just a misunderstanding. The flippant remark by a DeVos staff member that 90 percent of campus rape accusations “fall into the category of ‘we were both drunk’” was later retracted, but the damage was done. Last week, DeVos spent equal time with men’s rights groups, and one of which claimed that 41 percent of all rape accusations were false. The government estimate is only 2 to 4 percent.

This debate over numbers is a debate on whether “nice” college boys could really be rapists. The fresh-faced Brock Turner, who was caught attacking an unconscious woman, is one symbol of this trend. The media called him the “Stanford swimmer” instead of “perpetrator,” as if his academic record or athletic accomplishments even mattered. Perhaps if he had been an African American attending a less prestigious school, the media might have stressed the crime itself. Meanwhile, Turner’s friend wrote that he had merely made a mistake by drinking too much and having “clouded judgement.” She stressed that real rapists were only those who would kidnap a woman from a parking lot.

In other cases, the “alleged victim” morphs into an “accuser” who is out to ruin a young man’s life. The 2011 Department of Education policy uses the word “complainant” while DeVos used the word “accuser” in her speech. Rape is the only crime that evokes that word—nobody pressing charges against a burglar would be called an “accuser.”

The painful truth is that a trusted person can sometimes be a rapist. I once knew a college student coping with the aftermath of a rape by a male friend. She had trusted him enough to let him into her dorm room, which would make some people consider the attack as not a “real” rape.

Despite what DeVos and her allies in the men’s rights movement may think, “real” rape is forced sex in any circumstance. “Real” rape is often denied by those claiming that most rape accusations are false. “Real” rape is about facing the truth that a “promising young man” can harm somebody who is not at fault. Until we accept the uncomfortable facts about “real” rape, then, we cannot fight effectively against this ongoing crisis.