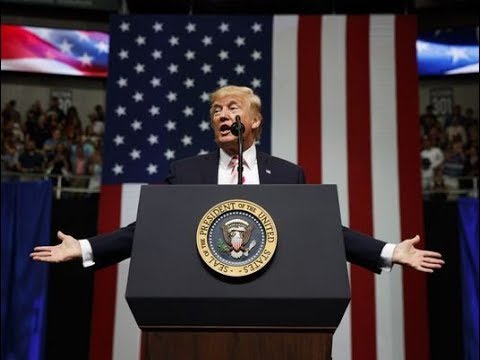 The addition of North Korea and Venezuela broadens the restrictions from the original, mostly Muslim-majority list.

U.S. President Donald Trump has announced that Venezuela and North Korea will be added to the list of countries banned from traveling to the United States.

The order outlines different restrictions for each country on the list.

In the case of Venezuela, the new decree is aimed at “certain Venezuelan government officials and their immediate family members,” according to the White House press office.

In the case of North Korea, all foreign nationals from the country are barred from entering the United States.

The new restrictions, slated to go into effect on October 18, resulted from a review after President Donald Trump’s original travel bans were challenged in court.

Iraq was dropped from a revised list due to ongoing military collaboration with the U.S. against the Islamic State group, but the new order does recommend that Iraqis be subject to “additional scrutiny” to determine the danger they may pose to U.S. “national security.”

The addition of North Korea and Venezuela broadens the restrictions from the original, mostly Muslim-majority list.

“North Korea does not cooperate with the United States government in any respect and fails to satisfy all information-sharing requirements,” the proclamation said.

An administration official, briefing reporters on a conference call, acknowledged that the number of North Koreans traveling to the United States now was very low.

“Making America Safe is my number one priority. We will not admit those into our country we cannot safely vet,” Trump said in a tweet shortly after the announcement was made.