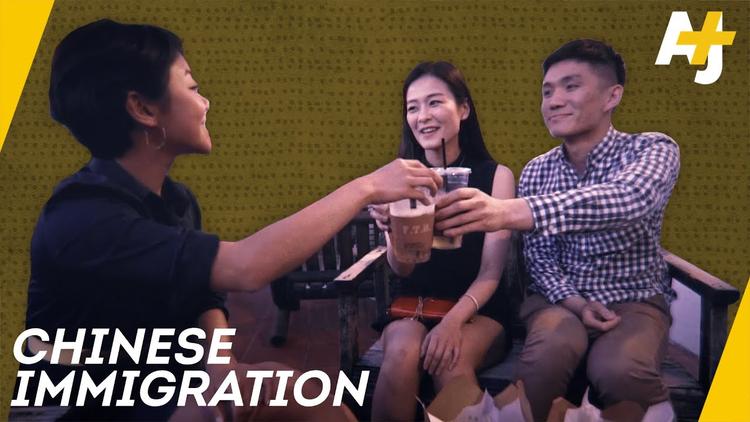 “There are now more than 4 million Chinese people living in the United States. Surprisingly, most of these immigrants came in the last few decades, starting in the ’60s. Immigration laws, wars and social unrest were big factors in determining who got to leave China and when they ended up in the United States. In this video, we divide the history of Chinese immigration to the U.S. into four major periods, identifying the push and pull of forces in each country.”

AJ+. “Inside The 150+ Year History Of Chinese People In America”