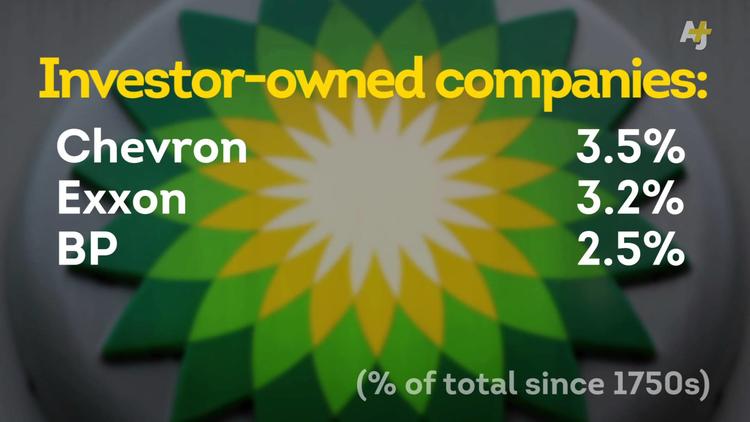 The companies responsible for the climate crisis should cover the costs of fighting wildfires and recovering from hurricanes.

Pacific Northwest forests are on fire. Several blazes are out of control, threatening rural towns, jumping rivers and highways, and covering Portland, Oregon, Seattle, and other cities in smoke and falling ash. Temperatures this summer are an average of 3.6 degrees higher than the last half of the 20th century, according to the University of Washington Climate Impacts Group analysis published in The Seattle Times.

Fire crews have been battling fires for months. In spite of all the effort, though, officials expect the fires to continue burning until major rains come sometime this fall. Meanwhile, firefighting coffers are running dry as costs run into the hundreds of millions.

The scale and costs of these disasters pale in comparison to the impacts of hurricanes Harvey and Irma: Accuweather is estimating the combined cost of these unprecedented storms at $290 billion. (Then there is the flooding in India and Bangladesh—less noted in U.S. news media—where 40 million were affected and 1,200 died.)

What these disasters have in common is that they are all exactly the sort predicted by climate models—and they will get terrifyingly worse over coming years.

So who will cover the costs? Who will pay for the first responders, for sheltering and relocating climate refugees, and for rebuilding homes, businesses, and infrastructure?

Our planet is quickly getting hotter, more volatile, and more dangerous. But Republicans are working to cut nearly $1 billion from the Federal Emergency Management Agency, and to give large corporations and the wealthy a big tax break. So who should pay for the climate disasters?

90 companies are responsible for 42 to 50 percent of the increase in the Earth’s surface temperature.

A report published in early September by the journal Climatic Change helps pinpoint a possible answer. According to the report, 90 companies are responsible for 42 to 50 percent of the increase in the Earth’s surface temperature and 26 to 32 percent of sea level rise.

Some say we are all to blame for the climate crisis—at least all of us who get around in cars and planes. But there are reasons these 90 companies owe a major debt to the entire planet.

First, many of them knew what damage they were causing. According to the report, more than half of the carbon emissions produced since the industrial revolution were emitted since 1986, when the dangers of global warming were well-known. But these companies buried their own research findings and doubled down on fossil fuel extraction.

Second, many of these companies spend vast sums promoting climate denial and undermining support for renewable energy, electric vehicles, and other responses to the climate crisis. Industry lobbyists and think tanks, flush with money from fossil fuel companies and their executives, distort our democracy, making government accountable to their interests rather than to We the People.

Third, by doing these things, these companies prevented action during the brief window of time between climate science becoming clear and it becoming too late to avert disaster.

But we can still make choices that would curb catastrophic outcomes.

Now we are very short on time. This year’s fires and floods are just the beginning. But we can still make choices that would curb catastrophic outcomes. To make that difference, we need an all-out effort now on all fronts—in agriculture, transportation, and energy generation, conservation, and efficiency upgrades. That will take a lot of money.

A good place to start would be requiring those who caused the climate catastrophe to pay. The 90 companies could start by helping families and communities recover from the floods, wind damage, and fires, and helping homeowners and cities everywhere build resilience for withstanding the effects of future disasters. But they shouldn’t stop there. The companies that are responsible for the damage should pay their share for the transition to a carbon-free future.

There is a precedent for this. Tobacco companies too had been hiding and dismissing the evidence that their product caused massive damage. Big Tobacco and Big Oil even hired some of the same scientists and public relations firms to obscure the damage their industries were causing, according to ClimateWire. The 1998 tobacco settlement of lawsuits brought by nearly every U.S. state required the major tobacco companies to pay over $200 billion toward the increased cost of health care resulting from smoking and for prevention education.

There are far more victims of the fossil fuel industries’ deception—billions of people today, future generations, and many other species.

Sarah van Gelder wrote this article for YES! Magazine. Sarah is a co-founder and columnist at YES! Her new book, “The Revolution Where You Live: Stories from a 12,000-Mile Journey Through a New America” is available now from YES! Read more about her road trip and book here and follow her on Twitter @sarahvangelder.