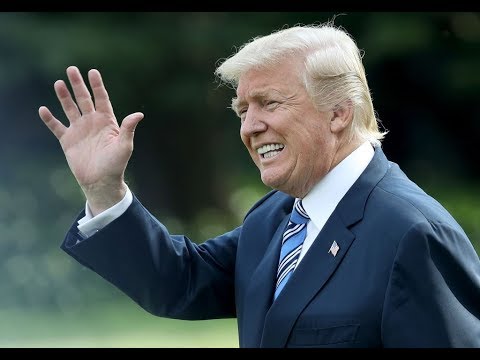 Big money will pull out all the stops to sell you a tax plan that exclusively benefits the wealthy. Don’t buy it.

You’ll see images of families flashing across your TV screen while a soothing narrator assures you that the tax plan being debated in Washington really is good for you. The newspapers you read, the social media apps you scroll through, the websites you frequent, and the snippets of radio you catch will all feature ads talking about it.

That’s what a marketing blitz looks like, and there’s one coming for the Trump tax plan. It will be well-produced, well-orchestrated, and completely devoid of facts.

“This is probably the biggest wealth grab in American history by the wealthy, for the wealthy.”

President Trump started his sales pitch for his tax cutting agenda in Missouri in August, where the assembled audience was treated to a fact-free sermon on the virtues of his plan. Gone were any specifics of what’s in it, or who gets what.

Looking at Trump’s tax plan from the campaign, as well as what the Republican majority in the House of Representatives have proposed, we can see the basic outlines of what’s coming.

Corporations will see their nominal tax rates drop from 35 percent to 20 or even 15 percent. Individual rates will go down — possibly for everyone, but definitely and most strikingly for the very wealthy. Overall tax revenue will tank, potentially by as much as $10 trillion over ten years.

What does all this look like in the real world?

On the corporate side, we know for sure that lower corporate taxes do not create jobs.

In the ads to come, maybe you’ll see a guy in a hard hat claim that corporate tax cuts will put him back to work. He’s lying.

A recent Institute for Policy Studies report looks at 92 profitable companies that already pay an effective 20 percent tax rate, thanks to loopholes. On average they’ve cut jobs, even as the rest of the private sector saw a 6 percent jobs increase.

On the individual side, half of the proposed cuts will go to millionaires, according to the Institute on Taxation and Economic Policy. Less than 5 percent go to families with household incomes below $45,000.

This is probably the biggest wealth grab in American history by the wealthy, for the wealthy. Selling it as a middle-class tax cut, regardless of the images in the ads you see, is just old-fashioned lying.

And finally there’s the revenue. Trump claims his tax cuts will pay for themselves with increased economic growth. That theory’s been debunked many times over and yet remains stubbornly in play.

So what happens when trillions of dollars of tax revenue get slashed?

Congress currently bans itself from passing bills that increase the deficit in one of their better acronyms — Pay As You Go (PAYGO). That means the tax cuts Trump proposes will have to come out of public programs.

No matter how much hype you hear, you’d better believe those cuts are gonna hurt. From food assistance like the Women, Infant, and Children (WIC) program to Head Start, and from clean water protections to unemployment insurance — it’s all on the line.

It’s hard to keep an eye on the truth when savvy marketing campaigns are hell-bent on deflecting your attention away from it. Don’t buy it. The Trump tax cut plan is disastrous for working families and for anyone who cares about a fair and just economy.

The Young Turks: “Trump Caught Stealing From The Middle Class To Pay For Corporate Tax Cuts”