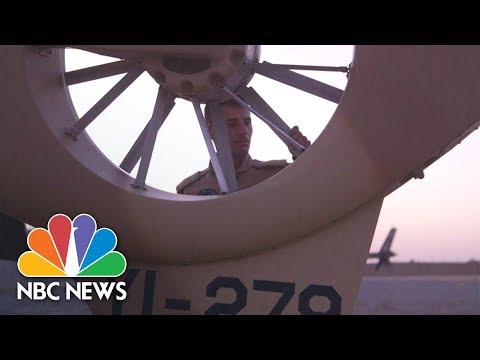 Iraqi forces are upset about the safe passage granted to Islamic State fighters from Syria. They will enter Iraq, where, locals say, thousands of their comrades await them in the extremists’ secret capital.

Last week, Lebanese officials confirmed that around 670 defeated members of the extremist group known as the Islamic State would be given safe passage. Some would be allowed to travel from the Lebanese-Syrian border to the Syrian-Iraqi border. The fighters, aboard a number of buses, were bound for Albu Kamal, a Syrian border town. On the Iraqi side of the border lies the town of Al Qaim. Both of the towns are strongholds for the extremist group.

Naturally the Iraqis were far from pleased at this turn of events. Iraqi Prime Minister Haider al-Abadi has described it as an insult to the Iraqi people and plenty of other senior politicians and officials have also criticised the controversial move.

Why are hundreds of extremists being transported to our borders? There is a conspiracy to give Anbar back to the terrorists!

The main reason it is of concern is because the Islamic State, or IS, fighters will doubtless also head over the Iraqi border towards Al Qaim.

In August 2014, the IS group declared a new state on this border, abolishing the existing borders between Iraq and Syria, and since then, the area has remained one of the safest for the group. There are various reasons for this but one involves the geography of the area. Basically, the location of the city means that it would require both countries to coordinate in a campaign against the IS group.

Additionally, as Omar al-Ubaidi, an officer with the Iraqi army’s 7th Division, explains, Al Qaim is a long way from any military bases. “Fighting for Al Qaim would be very difficult,” says al-Ubaidi, who is stationed at the Ain al-Asad air base in Anbar, working alongside US soldiers. The IS fighters would move to the other side of the border for a while and then return to Iraq, he explains: “Iraqi forces can’t control the 600-kilometre-long border by themselves.”

The Iraqi military fought in the province of Anbar, where Al Qaim is located, and pushed the IS group out of major cities like Fallujah and Ramadi. However they decided to leave Al Qaim until after they had retaken Mosul, in the north.

Local politicians have been asking the Iraqi government to speed up the operation for Al Qaim and to secure the borders, fearing increased attacks by the IS group. But they are being ignored, they say.

This Lebanese deal done with the IS group is a disaster for Anbar, says Rajeh al-Issawi, who heads Anbar’s provincial security committee. “Everyone knows that the IS group’s strongest force is concentrated on the borders with Syria, that they consider Al Qaim and Albu Kamal one city and that they call it their Euphrates state,” al-Issawi argues. “Why are hundreds of extremists being transported to our borders?! There is a conspiracy to give Anbar back to the terrorists,” he said angrily, before calling upon the Iraqi government to send reinforcements to his province to prevent further attacks by the IS group.

Majid al-Mahalawi is on the frontline of this fight and he too has grave concerns about the convoy heading to the Iraqi-Syrian border. The tribal leader and his fighters are in Haditha, about 150 kilometres from Al Qaem. The tribal fighters and the Iraqi army have repelled many attempts by the nearby extremists in Al Qaim to take over Haditha.

Together with the Iraqi army’s 7th division, the fighters here have built earth mounds up to prevent suicide bombers in cars from getting into town. They also launch infrequent raids on the surrounding desert areas to ensure that there are no extremists hiding out nearby.

“The Euphrates state, which includes Albu Kamal and Al Qaim, is the IS group’s secret capital,” al-Mahalawi explained. “The organization’s leaders are based there. A lot of people think that the IS group’s main strength was in Mosul or in Raqqa, but they are mistaken: It is here and the organization will meet its end here, nowhere else. But it will be difficult and complicated.”

His intelligence indicates that thousands of IS fighters, who fled battles in Anbar, Salahaddin and Mosul, are now gathering on this border. The recent deal between the IS group and Syrian and Lebanese forces is a serious problem, al-Mahalawi notes. “We do not, and we will not, negotiate with terrorists,” he adds.

The Hunt For ISIS: In The Desert With Iraq’s Fighter Pilots | NBC News