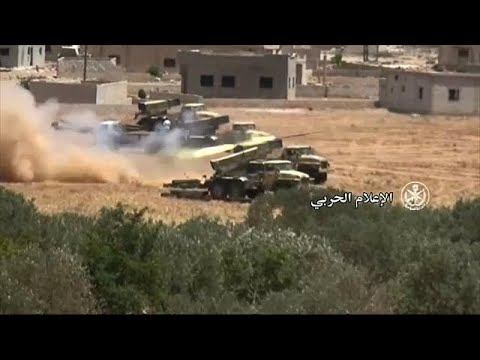 With the Iraqi campaign against ISIL having wrested from it Mosul and Talafar, and with Hawija and Qaim really the last two areas where it actually controls a town, you have to wonder if ISIL was ever all that formidable. Three years after it announced its caliphate in Mosul, it is now dealing with the greatest losses of territory, men and materiel since the fall of the Taliban in 2001-2002.

In some ways ISIL goes back to 2003, when as a result of the US invasion and occupation of Iraq, the Jordanian terrorist who had infiltrated Iraq, Abu Musab Zarqawi, swallowed his pride and asked to join al-Qaeda. Zarqawi had been in Afghanistan in 1989 but had not gotten along with Bin Laden or the al-Qaeda leadership at that time. Faced with the US occupation, he asked to be let in, and Bin Laden and Ayman al-Zawahiri allowed it. Thus was born al-Qaeda in Mesopotamia (“between the two rivers).

Zarqawi just wanted to engage in ordinary terrorism. But the US only had between 100,000 and 160,000 troops in Iraq, a country of some 26 million, and the Bush administration had dissolved the Iraqi army. The local police could not deal with a building guerrilla insurgency. So the US troops were extremely light on the ground. Moreover, they did not know Arabic or local culture and most often never held more than the ground they stood on.

Zarqawi recruited a lot of Iraqi Sunni nationalists who were deeply upset about the way the US had turned Iraq over to pro-Iran Shiites and to Kurds, and who thought they saw in American weakness an opportunity to take and hold territory and build a new Sunni-based state that could eventually take over all of Iraq. When the US, with Jordanian help, killed Zarqawi in 2006, his successors turned the organization into the Islamic State of Iraq and his first vicar was Abu Omar al-Baghdadi, a nom de guerre.

They gradually did come to hold villages and neighborhoods throughout northern and Western Iraq, i.e. in Sunni-majority territory. In 2011 when the Syrian revolution turned to civil war, some of them went off to fight in that country, so the organization became the Islamic State of Iraq and the Levant (i.e. greater Syria). In 2013 the organization split into Syrian al-Qaeda (now the Syrian Conquest Front, but for a long time the Nusra Front) and ISIL, because ISIL kept acting opportunistically and stabbing the other Sunni extremists in the back. Al-Zawahiri concurred in kicking ISIL out of al-Qaeda.

In 2014 ISIL took over 40% of Iraq’s territory, gaining the backing of Sunni Arab elites in Mosul, Falluja, Ramadi and so forth. It wasn’t that the relatively secular-minded people of Mosul, who had been brought up socialist Baathists and non-religious Arab nationalists, suddenly got religion. They just wanted anything besides Shiite rule.

Since 2014, the Iraqi government counter-terrorism brigades, with US and coalition air support and help from Shiite militias, has rolled up ISIL throughout Iraq. Only two small pockets of territory still belong to it, though it haunts a number of other neighborhood sort of the way a covert organized crime mob might.

Likewise, ISIL in Eastern Syria is on the verge of being annihilated, with US backed Kurds holding half of Raqqa city, the ISIL HQ, and Syrian government troops, commanded largely by an Alawite Shiite officer corps, closing in on Deir al-Zor, the other major remaining ISIL-held territory in Syria.

So the answer is yes, ISIL was a flash in the pan. All that talk about redrawing the Sykes Picot borders that cut Syria and Iraq off from one another has fallen by the wayside. Iraq and Syria are not far from restoring the status quo ante that has prevailed for a century.

What is not a flash in the pan is Sunni Arab grievance in the Fertile Crescent, which is dominated by governments that lean toward the Shiites.

Sunni Arab militancy may have been tempered by the horrible experience most people had living under ISIL. Others may seek some other way for Sunni Arabs to assert themselves. In Europe, a sullen and defeated ISIL may attempt to recruit malcontents and put them up to revenge terrorism, or even plot the radicalization of Western Muslims through promoting Trump-style persecution of them.

As ISIL is defeated over time, some people may turn to extremism to avenge it. The threat of a new wave of terrorism, especially in Europe, cannot be ruled out as Raqqa falls.

Sunni Arab nationalism in Iraq, Syria and Lebanon is not going away any time soon, and their powerful sense of grievance will drive further tragedies in the region, and abroad.