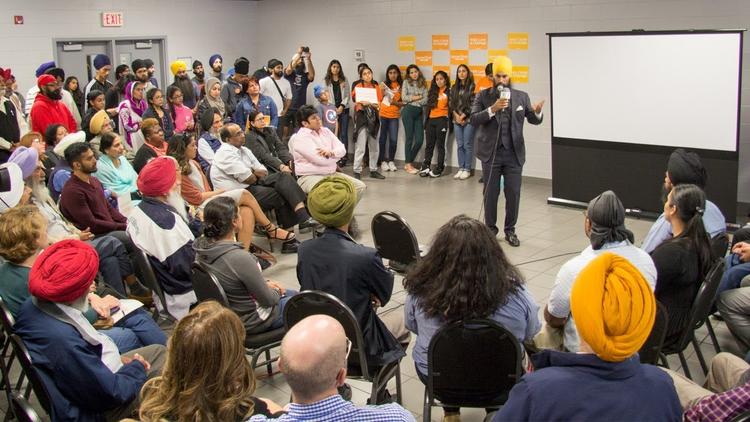 Jagmeet Singh, who grew up in Windsor, Canada, is a member of the Ontario legislature. His family is originally from India and belongs to the Sikh religious tradition, which mandates that men wear a turban. Sikhs, essentially a monotheistic reform of Hinduism, are often mistaken for Muslims by ignorant Westerners. I’m not sure why, since I’m unaware of any contemporary Muslims who wear a turban, but I guess they saw some Disney film.

Singh is running for head of the New Democrat Party in Canada, and on Wednesday his rally was interrupted by a heckler who pressed him as to why he supports sharia law. First of all, Sikhs aren’t Muslims and don’t support sharia law. Second of all, sharia is the living legal system of Muslims, analogous to Jewish halakha or Catholic canon law, and it isn’t clear why you would attack the one but not the others.

Singh replied in a classy way to the harassment, and his response has gone viral

Woman assumes Sikh politician is Muslim, angrily attacks him for supporting sharia.
He responds with grace and love.pic.twitter.com/SC72wc0OI6

Singh issued a statement explaining why he did not tell the heckler that he is not a Muslim: