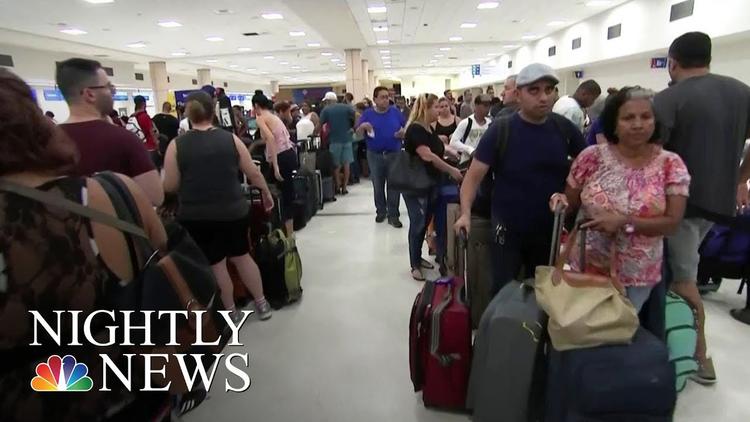 “Maria has left behind her a trail of devastation and a humanitarian crisis,” said the mayor of San Juan, Puerto Rico’s largest city.

As Puerto Rico struggles to recover from Hurricane Maria, Trump has reminded the island of its “massive debt,” adding the U.S. territory “owed to Wall Street and the banks which, sadly, must be dealt with.”

The U.S. Department of Homeland Security has also refused to extend the waiver for the Jones Act, a 97-year-old shipping law that prevents non-U.S. ships from bringing cargo to and from U.S. harbors.

Lifting the law would have enabled Puerto Rico to receive aid cheaply and quickly with cheaper, tax-free, and readily available foreign-flagged ships.

Puerto Rico is desperate to receive aid as it struggles with what Cruz describes as a “humanitarian crisis.”

“Maria has left behind her a trail of devastation and a humanitarian crisis,” the mayor said.”There’s horror on the streets, people are actually becoming prisoners in their own homes.”

“What I would ask is not only for Puerto Rico but for the entire Caribbean, that has been hit so hard with this (hurricane), do not forget us and don’t make us feel we are alone in this,” she said in an interview with the Washington Post.

The mayor said logistical issues had complicated recovery efforts in the aftermath of the hurricane.

“We are running out of gasoline, there is no reservoir of drinking water, none absolutely,” Cruz said.

“The government has said that it’s going to take three weeks for the hospitals to have power and about six months for all of us. So, diesel becomes essential for all these generators,” she added.

Cruz said the elderly and children are the worst affected.

“Just yesterday we have been canvassing one by one all of our elderly homes, finding our elderly, and I’m not kidding, we have to transfer 11 of them, in near-death conditions,” Cruz told CNN’s “New Day.”

But in the absence of U.S. support, Puerto Ricans are coming together to help one another, said Cruz.

“One of the most uplifting things is you see peoples’ creativity and you see people helping themselves. Our true colors are shining, they are bright, full of hope, and energy,” she told the Washington Post.

Trump has said he will visit Puerto Rico on Tuesday.