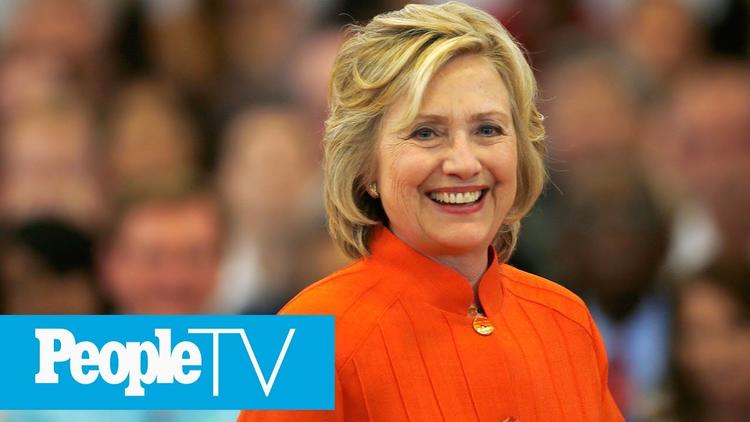 Nobody should be surprised that Hillary Clinton’s new book What Happened includes a section on misogyny and sexism. Since the 1990s, I have watched people launch personal attacks on Clinton, whether about her hairstyle or the rumor that she had murdered Vince Foster. It would take me weeks to systematically list the conspiracy theories, mean insults, and other personal attacks on Clinton. Since I am currently writing a book about fighting misogyny, I automatically agreed with her latest statement about sexism affecting the 2016 election. Then I realized that Trump bashing has parallels to Hillary bashing that are not necessarily related to misogyny.

Despite earlier efforts to refrain from personal attacks on politicians, my strong aversion to Trump broke down any self-restraint. He had entered the political realm through his racist insistence that Obama was not really born in the U.S. On the day he announced his candidacy, he denigrated Mexican immigrants. Besides Trump’s overt racism, of course, was his blatant sexism that included snide comments about women’s appearances. He provoked in me a sense of moral disgust that caused me to enjoy the insults. Clinton haters (not critics like me, but actual haters) also felt justified in laying into her with slogans such as “Trump that bitch!”

If Clinton was attacked for her physical appearance, so was Trump. His weight seemed to be fair game because of all the times he had called women fat. A sculptor even displayed a nude statue of him, complete with pot belly and sagging buttocks. If any sculptor had made a similar statue of a female politician, I would have been the first to arrive with a sledgehammer. However, many did not react with outrage to this humiliating portrayal of Trump because they felt that he deserved it. Besides his body shape, how many times have Trump bashers also called him orange or mentioned his hair?

Another aspect of appearance is clothing, which has been a point of derision for Clinton bashers for decades. If she had decided on pantsuits as more practical and/or comfortable than skirts or dresses, this wardrobe choice should not even matter. Trump also has faced criticism for his clothes, from the too-long ties to the ill-fitting suits. Although people judge women much more harshly for their clothes than men, both genders have to deal with cutting remarks about what they wear.

Probably more painful than an insult about dress is a comment about one’s gender identity, with Clinton being de-feminized and Trump being de-masculinized. Because Clinton is not afraid to show off her strength and intelligence, she has been called Killary, Shillary, a ballbreaker, and a lesbian (in this context, a deviant and perhaps defiant person who is not truly female). Clinton played the roles of mother and wife as well as any other woman, but her career ambitions inspired her critics to de-feminize her. Similarly, Trump has had to deal with questions about his manliness. The assertion that his fingers are smaller than normal, which is associated with smaller penis size, even emerged in a Republican debate. Trump felt the need to boast about his physical attributes, thus indicating an anxiety about his masculine image. His chest-thumping foreign policy, public putdowns of women, and other macho behaviors are likely related to the threat of feeling de-masculinized.

Ageism is yet another ugly facet of the attacks on both Clinton and Trump. During the 2016 election, commentators questioned whether Trump or Clinton (who are around the same age) could be too old for the presidency. More than one website had this pre-election article: “These 11 photos prove Hillary Clinton is a tired old woman who should never be president.” After Clinton’s granddaughter was born, the Drudge Report called her “Grandma Hillary” as an insult. Nancy Pelosi, also a grandmother, faced the same kind of contempt that no grandfather politician ever experienced. Decisions about marriage also became controversial for both candidates–Clinton for not divorcing her adulterous husband, and Trump for his three marriages.

By comparing the personal attacks on Clinton and Trump, then, I must conclude that neither candidate emerged unscathed. Several questions come to mind, including whether the American public insulted Clinton and Trump to the same extent or if Clinton faced worse treatment. After researching the multiple anti-Clinton themes, I am convinced that misogyny did play a role in the 2016 election. However, I cannot be sure whether misogyny was the primary cause of Hillary bashing or merely a tactic. As discussion of the 2016 election continues, though, I am hopeful that we will better understand the impact of misogyny in politics.