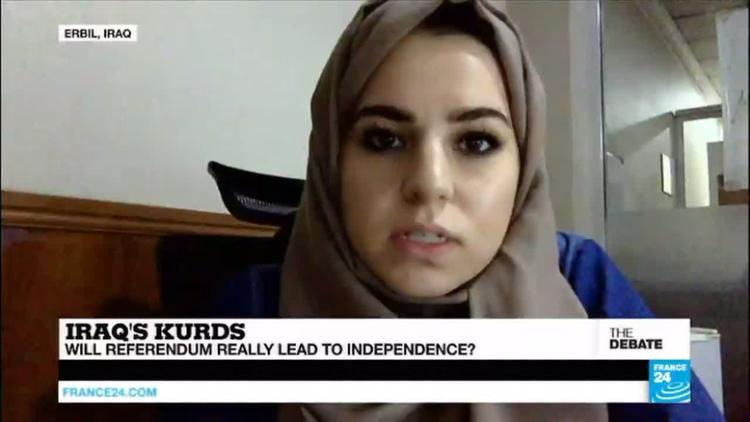 The referendum has provoked large-scale military movements along the Iraqi Kurdish region’s borders.

Some 8.4 million Iraqi Kurds have voted in a referendum on whether to secede from the Republic of Iraq, amid hostility from the central government, as well as Iraq’s neighbors Turkey and Iran.

Queues formed early at various polling stations with President Masoud Barzani of the Kurdish Region Government, or KRG, voting amid a crush of media personnel. Prior to casting his ballot, Barzani said he believed the process would be a peaceful but that the Iraqi Kurds “are ready to pay any price for our independence.”

With 30 million ethnic Kurds scattered over international borders across the region, the Turkish and Iranian governments are concerned that the referendum could spur their own Kurdish populations to launch a secessionist project.

In response to the vote, Iran sealed its border and closed off its airspace to all flights to and from the region at Baghdad’s request. Iran’s military also began holding exercises in the Oshnavieh border region, an annual event held to mark the start of the 1989-1988 war with Iraq. Iranian troops and border units frequently clash with Kurdish militants.

Meanwhile, the Iraqi and Turkish Armed Forces commenced a major military drill along their common border. The drills began hours after Iraq’s parliament demanded that troops be deployed to regions disputed between Baghdad and the KRG. Turkish Prime Minister Binali Yildirim also announced earlier that day that Iraqi-Turkish military exercise along the common border.

Turkey’s Foreign Ministry has opposed the process, saying it would threaten peace and stability in the region.

Turkey’s President Recep Tayyip Erdogan said Turkey could cut off the pipeline that carries oil from northern Iraq to the outside world, piling more pressure on the Kurds.

“After this, let’s see through which channels the northern Iraqi regional government will send its oil, or where it will sell it,” Erdogan said in Istanbul. “We have the tap. The moment we close the tap, then it’s done.”

Baghdad has also vocally opposed the referendum, stating recently that it would not tolerate a “second Israel.”

In a televised address on Sunday night, Iraqi Prime Minister Haider al-Abadi said: “The referendum is unconstitutional. It threatens Iraq, peaceful coexistence among Iraqis and is a danger to the region … We will take measures to safeguard the nation’s unity and protect all Iraqis.”

Kurdish Prime Minister Nechirvan Barzani has attempted to ease tensions, urging the federal government and Iraq’s neighbors not to view the vote as a threat.

“Should the ‘Yes’ vote win with a clear majority, it does not mean that we will declare independence the very next day. Nor will it be used for drawing new borders,” Barzani said. “We will engage in serious negotiations with Baghdad.”

In Baghdad, lawyer Adil Salman said the referendum was a result of the weakness of the Iraqi government. “The scenario we’re seeing now is of state disintegration,” he said.

The Kurds also say the vote acknowledges their contribution in confronting Islamic State group after it overwhelmed the Iraqi Army in 2014 and seized control of a third of Iraq.

France 24: “Kurdish Referendum: Will it spiral into violence?”