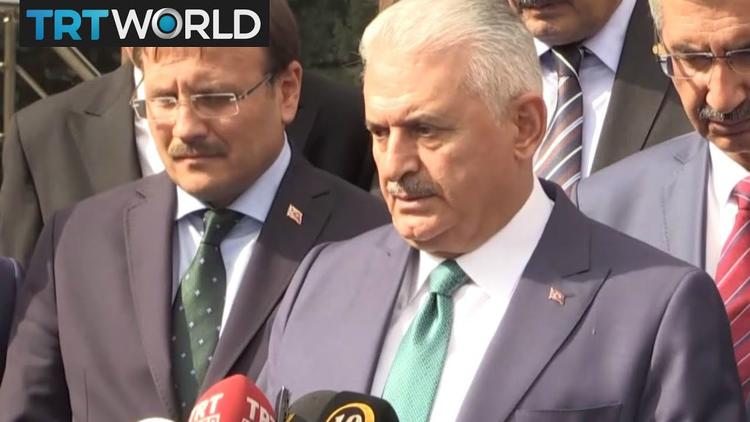 The Kurdistan Regional Government on Thursday rejected the decisions of the Iraqi parliament and government. It nevertheless expressed a willingness to conduct a dialogue in order to resolve the problems. It will at the same time launch legal challenges to the sanctions imposed on it.

The office of KRG president Massoud Barzani issued a statement after a cabinet meeting of the Iraqi super-province, saying, “The cabinet of the KRG rejects all the decisions that were announced against it by the parliament and government of Iraq on yesterday, Wednesday.” He denounced the measures as “collective punishment of the people of Kurdistan.”

The KRG parliament said that the referendum does not threaten anyone.

I had written yesterday, “The Iraqi parliament on Wednesday passed a resolution demanding that the Iraqi army take control of the province of Kirkuk and reclaim the Kirkuk oil fields as a national patrimony. The parliament also demanded that the government arrest and try Kurdistan president Massoud Barzani for treason.”

Iraqi political circles on Thursday despaired of finding a solution for the standoff between Baghdad and Erbil, after Barzani’s rejection of the demands of the Iraqi parliament.

Baghdad is rejecting any dialogue or negotiations until the Kurdistan Regional Government abrogates the referendum on independence and renounces an attempt to secede.

Iraqi vice president Ayad Allawi called President Barzani in an attempt to mediate the crisis. Barzani, however, declined to renounce the referendum, in which he said 92% of Iraq’s 8 million Kurds voted to establish an independent state. He did say that the referendum did not have to be implemented “on the second day.”

Iraqi parliamentarian Fa’iq al-Shaykh said that the best resolution would be the one suggested by Prime Minister al-Abadi, to allow the Iraqi constitution to be the basis for a decision.

Another MP, Abbas al-Bayati, said the thought that Iraqis were moving to implement the decrees.

Yet another MP, Raad al-Dahlaki, said he opposed putting sanctions on Iraqi Kurdistan that could end up harming “our siblings, the Kurdish people.”

With no resolution in sight, this issue is likely to continue to roil the politic sof the region.