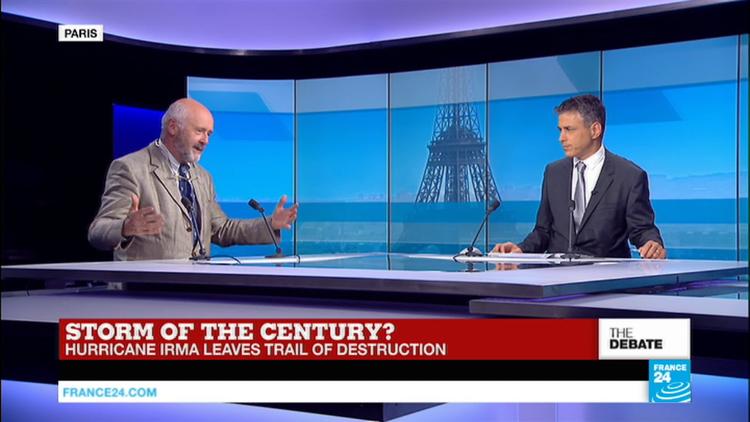 Trump may be provoking a big exodus of Cuban-Americans in south Florida out of the Republican Party. His attack on DACA or Obama’s suspension of prosecution for undocumented Americans who were brought to this country as infants or young children was extremely unpopular in the Miami Cuban elite, even if they are Republicans.

Republican mayor of Miami, Tomás Regalado said of Trump’s attempt to get rid of DACA, “there is a united community clamoring for these youth to stay in this country, since it is their country. They are the future of the United States, and to deny them this possibility would be a historic error.”

Regalado and many other southern Florida politicians are also distressed about Trump’s denial of climate change).

EPA head Scott Pruitt had tut-tutted that now is not the time to bring up climate change since doing so might offend the families who had lost someone. On Thursday Trump tweeted in that

Regalado is trying to raise $400 mn. through a bond issue, with half of the money slated to be invested in pump and storm drain improvements to help Miami cope with rising seas.

Just as there are no atheists in fox holes, there are few climate change denialists in Miami. Miami Beach is already seeing flooding some of the year each year. The soil under Miami is limestone and porous, so water can’t be blocked by a dike. Rather, the water will bubble up through the soil onto city streets as it rises. Regalado wants to raise $1 bn for infrastructure improvement related to surviving climate change.

Sooner or later other Republicans will follow Regalado’s lead (he is leaving office in two months but planning to run for congress) and step up to combat manmade climate change. As voters become convinced of the need to do something, those GOP representatives who choose to stick their heads in the sand like ostriches will simply begin losing elections.

Hurricane Irma: “Climate change is increasing the intensity of each event”