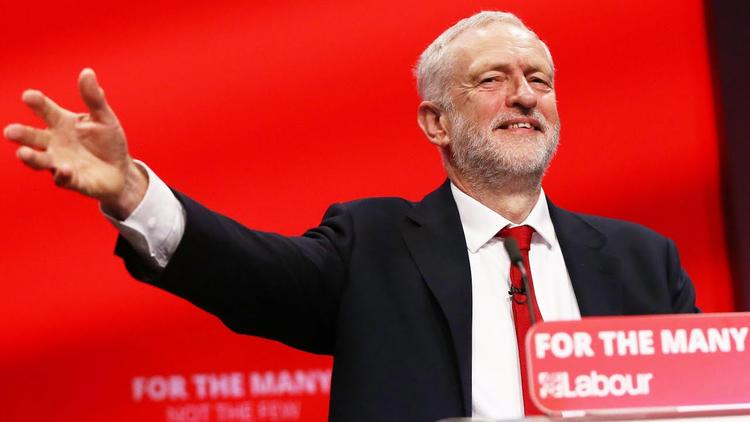 Let’s be under no illusion about the significance of what we have just seen: a Labour Party leader calling, at the party’s annual conference, for the nationalisation of public utilities – not to cries of derision or the dropping of jaws, but to a standing ovation inside the hall and positive responses beyond.

This, one of many radical departures from political and economic orthodoxy in Jeremy Corbyn’s speech, wouldn’t have played well just a year ago. And ten years ago it was simply unimaginable as an idea.

But this was not just one proposal: it was part of a much wider narrative, set in train by the Labour manifesto in June and cemented by Corbyn at conference. It is the narrative of social democracy, of economic demand management, of public spending and public goods, of nationalised projects in the name of the society at large, of education from cradle to grave.

It’s a narrative that challenges the leitmotif of the past 40 years: the narrative of TINA – there is no alternative. That’s no alternative to the neoliberal approach to a small state and a free market.

Of course, for now, it remains exactly that: just a narrative. That is, we are still far away from any of these positions becoming government policy. But we should not underestimate the significance of its emergence over the past couple of years. It represents a seismic shift akin to those that have shaped British politics at key moments over the past 100 years.

The moves in the first half of the 20th century across the West toward large social spending, encapsulated in early welfare states of Europe and in the New Deal in the US, did not spring from nowhere. They came from the spread of ideas by trade unions and labour movements and thinkers over many years. These eventually led to a groundswell of demand to do things differently.

Likewise, the move throughout the 1970s towards Thatcherism and Reaganism did not spring from two elections at the end of the decade. They came from a long germination of ideas that ran counter to the previous social democratic consensus.

In both cases, politicians emerged to represent the emergence of these new ideas and lead the charge to implement them as policy. But without the narrative in the first place, there is no charge to lead, and thus no sweeping change.

So it is with Corbyn’s Labour party in 2017. They have seized the moment, identified the failed years of austerity and recognised the disaffection people feel with politics when there is little difference between the parties that represent us. It has offered a vision of society that feels – and is – very different to the dominant visions of recent decades. It’s the product of Corbyn’s lifelong commitment to the vision he outlines, for sure, but also a skillful bit of manoeuvring. He has identified social trends and corralled them.

The other social narrative

Of course, hovering above this new social narrative is another narrative, one unlike anything experienced in Britain for decades: the narrative of Brexit. And if we know one thing about Brexit, it is that it is as difficult as it is transformative.

However, it could just be that Corbyn has steered an equally skillful path through the quagmire. He has rightly claimed, implicitly, that the difficult narrative of Brexit is not, yet, the Labour Party’s narrative.

It is the Tories who created that narrative and led the country to the referendum. It is the Conservative Party which, for now at least, is negotiating Brexit. Therefore the approach seems to be to let them own it – let them show themselves to be woefully unprepared and riven with division. Why get in the way?

Further, Corbyn identified the Tory approach to Brexit as bungled and ideologically driven, risking economic stability in the name of ideological position. But perhaps most skillfully of all, without committing to a full Leave or Remain position, Corbyn staked the Labour position out as distinctly different: Labour would enter the negotiations with the national interest front and centre, over any ideological commitments.

Very clever indeed. It leaves everything on the table – including a vote on the final deal and even no Brexit at all – without committing Labour to anything right now. Moreover, it feels very close to checkmate in Brexit chess: should the Tories make a terrible mess of the negotiations, the government would likely fail and the “adults in the room” would step in. Should the Tories compromise and pursue the softest, most compromised Brexit, the internal divisions of the party would likely bring them down too.

In years to come, this could well be viewed as an incredibly adroit creation – and managing – of two transformative social narratives by Corbyn and his team. Indeed, in time, his handling of all of this could be seen to be one of the more skillful examples of political leadership we have ever seen in British politics.

In the meantime, whatever the legacy, one thing we know for sure: there are two clear, competing visions now for both Brexit and social policy more widely at the centre of British politics.