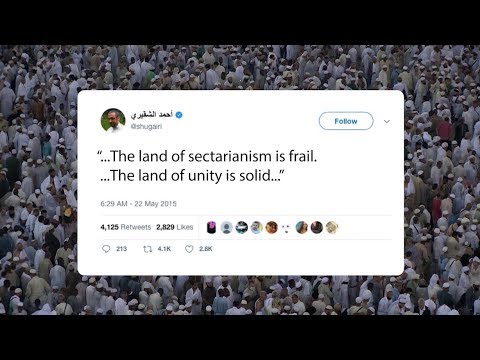 Incitement Leads to Discrimination Against Shia, Other Groups

The 62-page report, “‘They Are Not Our Brothers’: Hate Speech by Saudi Officials,” documents that Saudi Arabia has permitted government-appointed religious scholars and clerics to refer to religious minorities in derogatory terms or demonize them in official documents and religious rulings that influence government decision-making. In recent years, government clerics and others have used the internet and social media to demonize and incite hatred against Shia Muslims and others who do not conform to their views.

“They Are Not Our Brothers”

“Saudi Arabia has relentlessly promoted a reform narrative in recent years, yet it allows government-affiliated clerics and textbooks to openly demonize religious minorities such as Shia,” said Sarah Leah Whitson, Middle East director at Human Rights Watch. “This hate speech prolongs the systematic discrimination against the Shia minority and – at its worst – is employed by violent groups who attack them.”

Human Rights Watch found that the incitement, along with anti-Shia bias in the criminal justice system and the Education Ministry’s religion curriculum, is instrumental in enforcing discrimination against Saudi Shia citizens. Human Rights Watch recently documented derogatory references to other religious affiliations, including Judaism, Christianity, and Sufi Islam in the country’s religious education curriculum.

Government clerics, all of whom are Sunni, often refer to Shia as rafidha or rawafidh (rejectionists) and stigmatize their beliefs and practices. They have also condemned mixing and intermarriage. One member of Saudi Arabia’s Council of Senior Religious Scholars, the country’s highest religious body, responded in a public meeting to a question about Shia Muslims by stating that “they are not our brothers … rather they are brothers of Satan…”.

Such hate speech may have fatal consequences when armed groups such as the Islamic State, also known as ISIS, or Al-Qaeda use it to justify targeting Shia civilians. Since mid-2015, ISIS has attacked six Shia mosques and religious buildings in Saudi Arabia’s Eastern Province and Najran, killing more than 40 people. ISIS news releases claiming these attacks stated that the attackers were targeting “edifices of shirk,”(polytheism), and rafidha, terms used in Saudi religious education textbooks to target Shia.

Some clerics use language that suggests Shia are part of a conspiracy against the state, a domestic fifth column for Iran, and disloyal by nature. The government also allows other clerics with enormous social media followings – some in the millions – and media outlets to stigmatize Shia with impunity.

Anti-Shia bias extends to the Saudi judicial system, which is controlled by the religious establishment and often subjects Shia to discriminatory treatment or arbitrarily criminalizes Shia religious practices. In 2015, for example, a Saudi court sentenced a Shia citizen to two months in jail and 60 lashes for hosting private Shia group prayers in his father’s home. In 2014, a Saudi Arabia court convicted a Sunni man of “sitting with Shia.”

The Saudi Ministry of Education religion curriculum al-tawhid, or (monotheism) which is taught at the primary, middle, and secondary education levels, uses veiled language to stigmatize Shia religious practices as shirk or ghulah (exaggeration). Saudi religious education textbooks direct these critiques to the Shia and Sufi practice of visiting graves and religious shrines and tawassul (intercession), to call on the prophet or his family members as intermediaries to God. The textbooks state that these practices, which both Sunni and Shia citizens understand as Shia, are grounds for removal from Islam, punished by being sent to hell for eternity.

International human rights law requires governments to prohibit “[a]ny advocacy of national, racial or religious hatred that constitutes incitement to discrimination, hostility or violence.” Implementation of this prohibition has been uneven and sometimes used as a pretext to restrict lawful speech or target minority groups. Any steps to counter hate speech should be carried out within overall guarantees of freedom of expression.

To address this problem, experts in recent years have proposed a test to establish whether any particular speech can be lawfully limited. Under this formula, the speech Human Rights Watch documented by Saudi religious scholars sometimes rises to the level of hate speech or incitement to hatred or discrimination. Other statements don’t cross that threshold, but authorities should publicly repudiate and counteract it. Given the influence and reach of these scholars, their statements advance a system of discrimination against Shia citizens.

Saudi authorities should order an immediate halt to hate speech by state-affiliated clerics and government agencies.

The United States Commission on International Religious Freedom (USCIRF) has repeatedly classified Saudi Arabia as a “country of particular concern” – its harshest designation for countries that violate religious freedom. The 1998 International Religious Freedom Act allows the president to issue a waiver if it would “further the purposes” of the act or if “the important national interest of the United States requires the exercise of such waiver authority.” US presidents have issued such waivers for Saudi Arabia since 2006.

The US government should rescind the waiver and work with Saudi authorities to end incitement to hatred or discrimination against Shia and Sufi citizens, as well as other religions. The US should also press for removal of all criticism and stigmatization of Shia and Sufi religious practices, as well as practices of other religions, from the Saudi religion education curriculum.

“Despite Saudi Arabia’s poor record on religious freedom, the US has shielded Saudi Arabia from possible sanctions under US law,” Whitson said. “The US government should apply its own laws to hold its Saudi ally accountable.”