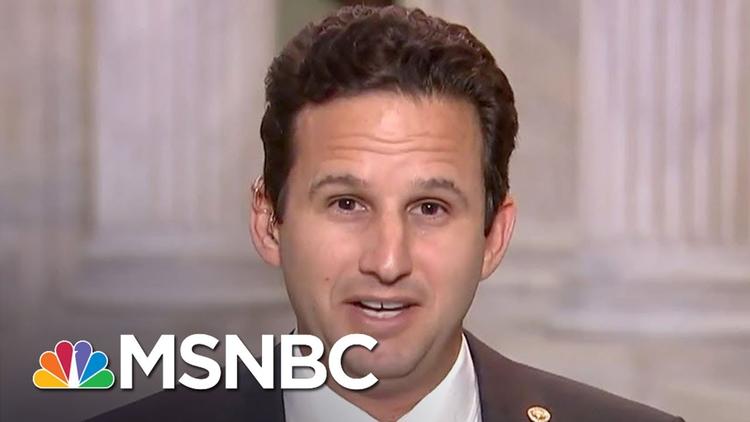 At the end of July, the nation held its collective breath as Senate Majority Leader Mitch McConnell (R-Ky.) looked poised to achieve his most formidable parliamentary accomplishment: the repeal and replacement of the Affordable Care Act.

But Republican hopes were dashed by one of their own, Sen. John McCain (R-Ariz.), who cast the deciding vote that appeared to decisively derail the multi-year effort.

McCain called to return to “regular order,” to work through committees, to bring in and listen to experts, to be open and transparent, and perhaps most importantly, to at least listen to both parties.

And indeed, Senators Lamar Alexander (R-Tenn.) and Patty Murray (D-Wash.) went to work, bringing together demands from Republicans like more flexibility for states to waive certain provisions of the ACA, and demands from Democrats to provide cost-sharing subsidies, for example, to stabilize health care markets. The bipartisanship appeared to be spreading as Orrin Hatch (R-Utah) and Ron Wyden (D-Ore.) appeared to have reached an agreement on the future of the Children’s Health Insurance Program.

Now Republican hopes of repealing the ACA have been rekindled with the Graham-Cassidy-Heller-Johnson Amendment led by Senators Lindsey Graham (R-S.C.) and Bill Cassidy (R-La).

Like all health care legislation, the bill is complex, but the broad outlines of it are rather clear: It would undo much of the reforms implemented through the ACA and then go a step further.

What’s in the bill?

Senate Republicans are rushed once more as they want to achieve health care reform by September 30, the deadline to pass the bill through the reconciliation process which requires only a simple majority. Indeed, due to their haste, the Congressional Budget Office will not be able to provide any estimates of the bill’s effects on the deficit, health insurance coverage or premiums.

Graham-Cassidy seeks to undo many of the reforms initiated by the ACA. For one, by 2020 it would eliminate the ACA’s Medicaid expansion, which has provided coverage for 12 million Americans for states that chose to expand their program. However, it would prevent new states from expanding their program by 2017. It would also eliminate the insurance marketplace subsidies to assist individuals purchase coverage and with out-of-pocket costs.

To soften states’ financial losses, Graham-Cassidy partially replaces funding for both components with a temporary block grant to states that would run out in 2026. Yet even with the block grant, states would see their funding reduced by a combined US$239 billion over six years, according to an analysis by the left-leaning Center on Budget and Policy Priorities.

Graham-Cassidy also significant alters the regulatory reforms implemented via the ACA. The much-maligned individual and employer mandates would be repealed retroactively. The individual mandate requires that all people of a certain income buy insurance or face a penalty. The employer mandate requires that all employers of a certain size provide insurance to their employees.

While individuals still could not be turned down based on their health status, states could also obtain waivers to weaken or wholly eliminate preexisting condition protections. For example, the Center for American Progress has estimated that individuals could face insurer premium surcharges of $140,000 for metastatic cancer, $17,000 for being pregnant and $26,000 for rheumatoid arthritis.

Similarly, states would be able to waive the ACA’s Essential Health Benefit provisions that required insurers to cover cost for expenditures like ambulance transport, prescription drugs and inpatient services. This would affect all individuals in the respective states because lifetime and annual limits apply only to the Essential Health Benefits. States could also waive the requirement to cover preventive services like immunizations and well-child visits.

Yet like most of the previous efforts to repeal the ACA over the past several months, Graham-Cassidy goes well beyond addressing changes brought about by the ACA. Most severely, the bill moves to dramatically slash and transform the Medicaid program. It would do so by establishing severe per capita caps: that is, it would provide a set amount of money for each enrolled individual compared to an open-ended federal match. These caps, which would affect children, seniors and individuals with disabilities, would also begin in 2020. They would be adjusted by inflation, but not the much larger medical inflation. They would thus result in further reductions over time. The resulting cuts would amount to $175 billion by 2026.

It would also allow states to establish work requirements for the program, defund Planned Parenthood and further expand Health Savings Accounts, among other things.

However, unlike most of its predecessors, Graham-Cassidy provides political protections for its supporters because the full extent and severity of its cuts would not fully emerge until 2027, at least two elections away for most senators. The Center on Budget and Policy Priorities has estimated that the effect in 2027 alone, the cliff year, would amount to $300 billion. California alone would lose $58 billion, while the state of West Virginia would lose $2 billion. The Center on Budget and Policy Priorities also expects that more than 32 million Americans would lose their insurance.

A step backward … and not addressing the real issues

In my reading, Graham-Cassidy, just like all its predecessors, does little to fix the problems of the American health care system.

Our system is generally of low quality. Medical errors kill more than 250,000 Americans each year, making it the third leading cause of death. Prescription errors alone are responsible for more than 7,000 deaths. Virtually the entire developed world, and many less-developed countries, are ahead of us with regard to infant mortality. The list goes on.

Despite these obvious shortcomings, our health care system is also, by far, the most expensive system in the world. We spend more than 17 percent of our GDP, or well over $9,000 per person, on health care. This compares to 10 percent and $3,700 for Japan, 11 percent and $4,900 for Germany, and 9 percent and $3,300 for the United Kingdom.

And yet, even after the coverage expansions of the Affordable Care Act, and after spending more money from the public’s purses than all but two countries, our uninsurance rates just inched below 10 percent, and more than 28 million Americans are without insurance.

Indeed, we do not even cover all children in this country, although the rate of insurance from children reached a historic high of 95 percent.

With low quality, high costs and lack of universal coverage, much needs to be improved about the American health care system. Unfortunately, Graham-Cassidy as currently written does nothing to improve quality, and it does nothing to reduce the underlying drivers of excessive costs. Indeed, it reverses the significant progress achieved under the ACA in offering coverage to all Americans.

Large-scale changes to the American health care system cannot and should not be quickly patched together without input from the Congressional Budget Office, policy experts, the public and the other party. Many lives and one-sixth of our economy hang in the balance. The American public deserves better.