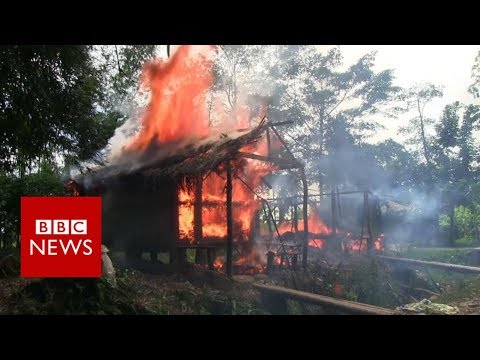 Top U.N. official Zeid Ra’ad Al Hussein said the “brutal security operation” against the Rohingya was “clearly disproportionate” response to the attacks led by the insurgent

The United Nation has strongly condemned Myanmar’s treatment of the Muslim Rohingya minority in the Rakhine state, saying the situation appears to be a “textbook example” of ethnic cleansing.

Top U.N. official Zeid Ra’ad Al Hussein in an address to the U.N. human rights council in Geneva, said the “brutal security operation” against the Rohingya was “clearly disproportionate” response to the attacks led by the insurgents.

“I call on the government to end its current cruel military operation, with accountability for all violations that have occurred, and to reverse the pattern of severe and widespread discrimination against the Rohingya population,” Hussein said. “The situation seems a textbook example of ethnic cleansing.”

In recent weeks, violent clashes have forced an estimated 310,000 people to flee to Bangladesh. The international community has condemned the country’s de facto leader Aung San Suu Kyi and expressed concern over the dire situation.

But Suu Kyi, who has maintained silence over the political crisis, issued a statement yesterday in defense of her government’s actions.

Overlooking the Rohingya crisis, the leader’s statement failed to mention and recognize the Rohingya and instead mentioned other affected communities in Rakhine state, including other Muslim groups.

In her latest statement, Suu Kyi shared her vague concern at the displacement and suffering of “all communities.” The weeks following the Rohingya started fleeing violence-ridden regions, the U.N. described the government-led security operations as “crimes against humanity.”

There were some reports speculating that the Burmese military forces are mining the border to ensure fleeing Rohingya are not able to return.

Rohingya people have suffered systematic persecution over many decades by the Myanmar government, who consider them as illegal migrants from Bangladesh.

The minority community has restricted rights and access to government services in the country. Since the 1970s, nearly a million people belonging to the minority have fled persecution in the South Asian country.

On Sunday, Human Rights Watch said the satellite view of the region shows fire damage in urban and rural areas inhabited by Rohingya.

“Since the start of the political liberalization in 2011, Myanmar has been troubled by an upsurge in extreme Buddhist nationalism, anti-Muslim hate speech, and deadly communal violence, not only in Rakhine state but across the country,” the International Crisis Group said in a report released last week.

Who is burning down Rohingya villages? – BBC News