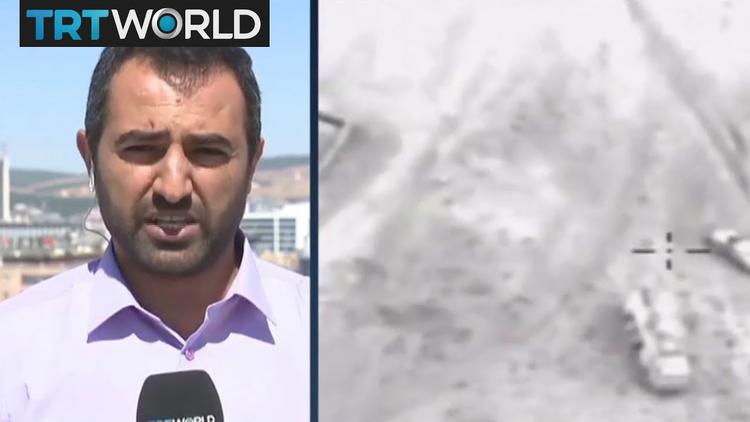 According to Haaretz Israeli prime minister Binyamin Netanyahu asked Vldadimir Putin, president of the Russian Federation, to keep Iranian troops and Hizbullah militiamen in Syria about 40 miles from the Israeli border. The Russian replied that these were matters for the Syrian Arab Army, but that Russia could keep those forces only 3 miles from the border, which is no demilitarized zone at all.

In essence, Putin has claimed Syria as a Russian sphere of influence. And he has adopted the Iranians and the Lebanese and Iraqi Shiite militias as essential allies in Syria and elsewhere.

Israel’s leaders are afraid of a new, more accurate generation of rockets that Iran is giving to Hizbullah. Some of them might be able to hit Israeli targets from Syria.

But why should the Israeli leadership care about a few rockets? Because they are vulnerable to psychological warfare. It isn’t the rockets that matter. Israel has several hundred nuclear warheads and the best air force in the Middle East. Militarily, Iran and Hizbullah pose no danger at all to Tel Aviv.

But, about a million Israelis already have left Israel for the West, mostly the US, and many more are nervous about staying. Iran could potentially defeat Israel without firing a shot if it could make Israelis nervous enough about those rockets. Many could vote with their feet, or so Iran may hope.

Israel has already been occasionally hitting Shiite men and facilities in Syria, in hopes of sending a signal to Iran.

But I think there is a bigger issue here, which is that Israel had been treating Syria as its own sphere of influence. Now it is having to yield that position to an outsider, Russia. And Russia has other fish to fry than Israeli border security.

If the Russians, moreover, upgrade Syria’s military capabilities and anti-aircraft batteries, that process would make Syria even less vulnerable.