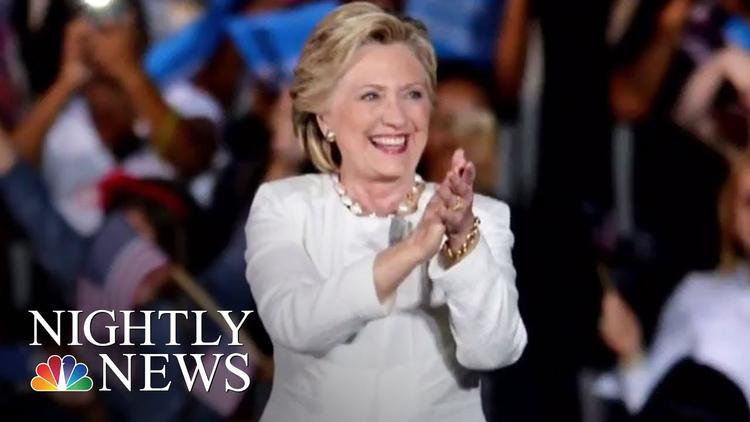 The image of Donald Trump looming ominously behind Hillary Clinton still disturbs me on a visceral level. He may have belittled his previous opponents (e.g., “Little Marco”), but he never threatened to lock them up. Trump’s attempt to intimidate Clinton had nothing to do with electoral politics and everything to do with raw power.

The theme of gender, then, is inescapable when analyzing the 2016 election. Clinton’s recent revelation that she wished she had said “Back off, you creep!” to Trump has revived the debate on how much misogyny had affected the voters’ decisions. I cannot blame her for second-guessing her decision to ignore Trump’s inappropriate behavior and to act as if everything was normal.

If only she had confronted Trump about his violation of her personal space. Like many other women, I have had to turn around on the street to challenge a guy to back off. However, Clinton was on a public stage trying to do her job. Although many of us would have felt relief and gratification by a verbal self-defense from her, I doubt that commentators and opponents would have agreed with that action. I could hear them mock her as being hysterical, irrational, and even unstable. “How could she overreact like that?” they might say before launching into the latest wisecrack about the weakness of women. Clinton’s dilemma was a “damned if you do and damned if you don’t” moment that many survivors of domestic violence can understand.

Last January, I was teaching about domestic violence to my social work students. When I came to the part about nonverbal threats such as “The Look,” I could not resist using Trump’s lurking behavior as another example of intimidation. My students instantly recognized the connection between a silent threat and the Power and Control Wheel (Duluth Model), which shows aspects of abusive behavior that commonly occur.

The Power and Control Wheel includes “Using intimidation: Making her afraid by using looks, actions, gestures.” His repeated calls to “lock her up!” were the first time that I heard an American politician threaten an opponent with imprisonment instead of defeat. Hopefully, it will be the last time. The incitement of violence against rally protesters made the threat to Hillary on the stage even more credible, besides his references to “Second Amendment people” solving the problem of her future court picks.. He was playing a mind game that may have endeared him to his supporters, perhaps because some voters liked the idea of a hyper-masculine, rule-breaking candidate.

In fact, “Male privilege” is another component of the Power and Control Wheel. “Being the one to define men’s and women’s roles” is the line most relevant to the Trump/Clinton situation. Although Trump has promoted the careers of women other than his daughter, he is also famous for his demeaning treatment of women. For instance, his ownership of the beauty pageants made him feel entitled to walk into their dressing rooms—even to be a voyeur in the teenagers’ quarters. He had the power to dictate standards of beauty despite his own appearance flaws. His beauty pageant experience may have magnified his attacks on the appearances of Carly Fiorini and Hillary Clinton. In his worldview, he had the male privilege to judge and insult women because they were beneath him.

“Minimizing, Denying, and Blaming,” another section of the Power and Control Wheel, is also related to Trump’s behavior. An abuser’s refusal to take any responsibility for the damage they have done is a common trait in domestic violence, especially “Making light of the abuse and not taking her concerns about it seriously.” How many times did Trump do something appalling and then call it a joke? Denial also occurs, such as when he denied that he had mocked the disabled reporter, thoughany child could see the cruelty of his action. When Trump first exaggerated the crowd size of his inauguration, my initial thought was that he was testing us to see how much untruth the public would accept. Abusers also use this ploy early in a relationship because it sets the stage for further deceit. Additionally, blaming is involved in asserting power and control, such as Trump’s delusional claims that Clinton had rigged the election (to lose!) despite evidence that he himself had collaborated with the Russians to undermine the integrity of the election.

What is the best way to handle an abuser, especially one who is the Commander in Chief? Hold fast to the truth and do not let him take it away. Although Clinton had kept her calm while Trump loomed behind her, we must confront him for his abusive behaviors and refuse to back down. Unfortunately, we may have to yell our own versions of “Back off, you creep!” many times before his presidency is over.