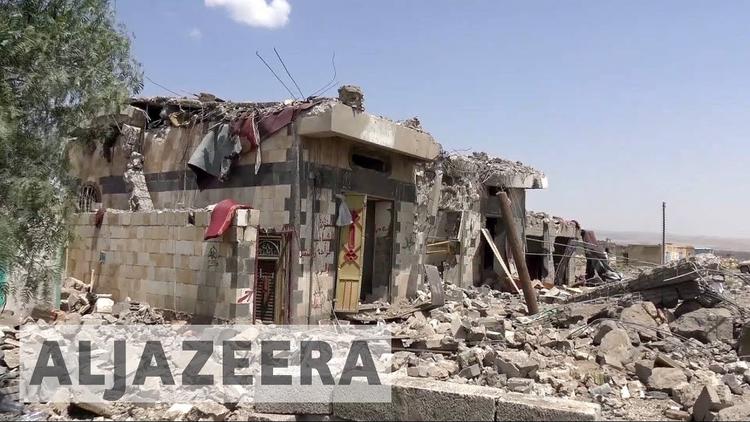 Saudi Arabia is alleged to be hiring a PR firm to improve its tattered image in the West .

As usual, such a campaign confuses substance with fluff and the money will be wasted.

I am sympathetic to Saudi feelings that they get an unfair rap. In my Engaging the Muslim World I argued that it is wrong to confuse the Wahhabi form of Islam that the Saudi regime favors with terrorism. The kingdom is pragmatic, and supported the secular nationalist regime of Hosni Mubarak in Egypt, for instance. It is not that I agree with almost any Saudi policy, I am just trying to be even-handed.

The Saudis were not involved in 9/11, despite the desperate arguments of the lawyers of the 9/11 victims. The Saudis are innocent but have a lot of money, so it is profitable to railroad them. Saudi Arabia is heavily invested in US stocks and companies, and it was foreseeable that 9/11 would harm those investments pretty badly.

Al-Qaeda did it, not the the Al Saud. Bin Laden had been kicked out and deprived of his citizenship, and was plotting to overthrow the royal family.

Moreover, at least publicly, the Saudis under King Abdullah were against the Bush invasion and occupation of Iraq.

But since Crown Prince Muhammad b. Salman has emerged as the power behind the throne, the kingdom has been flexing its muscles and engaging in an astonishing adventurism that has roiled the region. But the heir apparent is young and inexperienced, and the kingdom has no checks or balances. It is not too late to step back from the brink.

So here are 7 policies the Saudi government can change if it wants a more positive image in the US press.

1. They have to end their savage and fruitless war on poor little Yemen, which has been bombed intensively by Saudi Arabia and its allies. The war has caused 600,000 cholera cases and 2000 cholera deaths, not to mention the people who have died being pummeled from the sky.

2. They have to give up on overthrowing the government of Bashar al-Assad of Syria and recognize that Salafism (the Sunni version of Wahhabism) wouldn’t work in Syria. There are too many powerful religious communities, from the Alawites to the Christians to Druze that just would not accept a Salafi state, and nor would most Sunni Syrians. Now that Russia has come in strongly to back al-Assad, funding anti-Assad hard line rebels will just prolong the country’s agony. Syria is resource-poor and poses no threat to Saudi Arabia. Let it go.

3. They should cease their effort to force Qatar to fall in line behind Riyadh. A divided Gulf Cooperation Council is a laughingstock, and it is highly unlikely that mere talking will resolve this one.

4. They should seek a diplomatic resolution of the stand-off with Iran. Actually if they stopped bombing Yemen and made peace with Syria, there wouldn’t be much reason to demonize Iran.

5. They should license churches for their Christian guest workers, the way Qatar has. There isn’t any reason in Muslim law that Christians can’t worship in the Arabian Peninsula. The Qur’an deplores interfering with or destroying churches and other houses of worship (The Cow 2:114).

6. Stop pushing climate change denialism. Petroleum is done; put a fork in it. The crown prince realizes that the kingdom has to move away from petroleum to fund its government. But guess what. The Empty Quarter would be perfect for a huge solar farm.