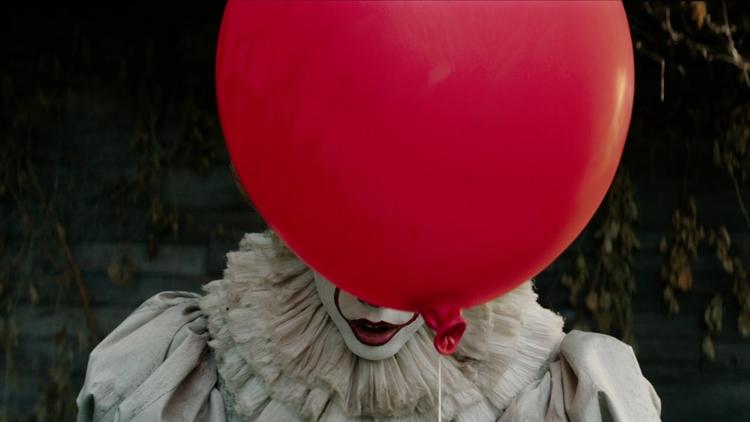 The Beltway Bandits who are always opining about Trump transitioning from campaign mode to presidential stature, and pronouncing after he does something petulant, “Today Donald Trump became president,” are domed to be wrong for at least 3.5 years.

Trump’s politics are those of a pulp novel horror villain. He is Stephen King’s ‘It.’ Remember that ‘It’ takes the form that particularly horrifies you. It isn’t always necessarily Pennywise the Dancing Clown. Are you worried about a relative with a pre-existing condition losing healthcare if the ACA is repealed? There is Trump as “It,” trying to repeal it. Are you worried about America’s forever wars? There is Trump extending them and announcing a troop escalation. Are you haunted by the specter of nuclear war? There is Trump trying to release Iran from its inspection regime, and menacing nuclear-armed North Korea with fire and fury. He is Pennywise the Dancing Clown. But he is so much more. He is your every nightmare.

What non-villain non-monster would retweet juvenile horse manure like Trump’s golf ball hitting Hillary Clinton and knocking her down? She is a grandmother and a private citizen.

We knew he hates women. We knew he is petty. And we will never forgive the benighted voters who put this shambling horror in charge of the nuclear codes.

What non-monster non-villain responds to nuclear blackmail by the unhinged North Korean regime with taunts and threats? I mean, this attempt to tag people with nicknames may be all right for certain of his voters (“I love,” Trump once said, “the poorly educated!”) But I just don’t think it plays well in international diplomacy.

I spoke with President Moon of South Korea last night. Asked him how Rocket Man is doing. Long gas lines forming in North Korea. Too bad!

And it seems pretty obvious that Trump’s talk of fire and fury like you’ve never seen was always pie in the sky as even his Rasputin, Steve Bannon, admitted. It is just like the Hollywood techniques used to keep “It” scary– loud, eery music and sudden close-ups. And then the crew packs up the cameras and goes home after getting the adrenalin going.

This creeping horror-movie It-ism has now infected US ambassador to the UN Nikki Haley, who has started talking about “General Mattis” dealing with North Korea.

She insisted that the fire and fury thing is not an empty threat. You could have fooled me.

Yeah, you can’t actually destroy a nuclear state. If you were to try (no one ever has), it would sort of be like trying to strangle a rattle snake with one arm tied behind your back.

Now Nikki Haley is playing ‘It,’ treating Kim Jong Un like the little boy who lost his ball in the gutter.

People who talk like this should not be in public office. We had them in the 1960s and they killed a couple million Vietnamese and 58,000 American troops. Then they were Democrats. It doesn’t really matter. It is the arrogance that gets you.

And you will note that Gen. Mattis himself hasn’t strutted around shouting fire and fury into the gloaming. What with knowing about military affairs and all.

This all comes after Trump sent the British political elite into panic by jumping the gun on assigning blame in the tube terrorist attack. For one thing, the police are trying to make sure the perpetrator (at that time still not arrested) did not know what the government knew– that he had been caught on closed circuit tv. If he didn’t know, he might not urge his network of co-conspirators to go underground, and the police might be able to round them up. But Trump made it look as though he had knowledge he did not have (no one in London would ever again share intelligence with him!), and may have stampeded the terrorist gang so that they can live to strike again.

Trump is enabling terrorism by his grandstanding and his It-ism.

Trump as president is actually in a small, tight room– the room of super-power responsibility. And if you’re shut up in such a room and you swing at a golf ball, it doesn’t hit someone else.

It is called karma.