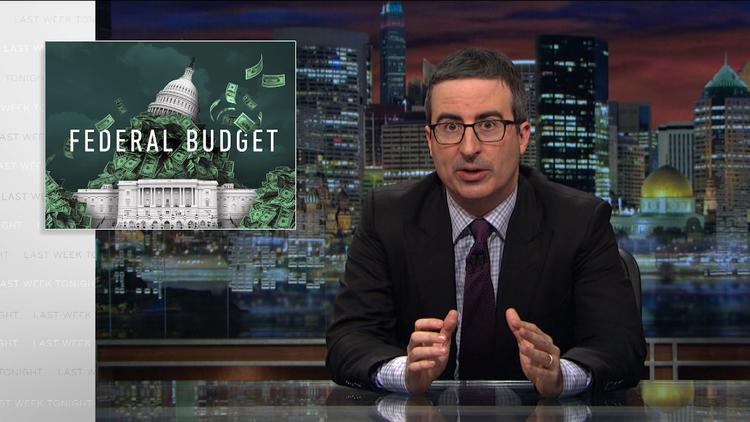 If Trump succeeds in ramping up military spending and gutting everything else, we’ll be left with a bunch of nukes and an underfunded state — and no one but China to keep us afloat.

The storm inside the Republican Party has reached Category Four.

At the end of August, as Hurricane Harvey tore through Texas and Hurricane Irma was poised to devastate Florida, the hard right was experiencing its own high winds and pelting rain. On the TV show Fox and Friends, conservative commentator Laura Ingraham took aim at the Trump administration for being ill prepared to handle the incoming storms:

We can all look at these horrific pictures, and we can conclude that a federal government does need staff. We see it acutely in need of staff in a situation like this. This isn’t the only crisis we’re facing. This is massive, humanitarian. We’re also facing a huge crisis with North Korea. We’re facing a crisis of confidence across the country where people wonder even with President Trump in, he said he was going to drain the swamp, can we have a government that works for the people and not just have a people enslaved to the government.

The president, a big fan of Fox and Friends, immediately responded in his inimitable style through his medium of choice, Twitter: “We are not looking to fill all of those positions. Don’t need many of them — reduce size of government.”

Ingraham, not usually an advocate of the sensible, was pointing out an inescapable fact of modern politics. If you want to change the direction of a country, you have to have people to do it. She called Trump’s sentiment “laudable,” but wanted to know “why our USTR” — the U.S. Trade Representative, that is — “doesn’t have a single Deputy in place during NAFTA talks.”

Good question, Laura! But it’s a little late in the game to realize that, with football season already underway, the Trump team showed up on the field with little more than an erratic quarterback, several tough-looking linebackers, and a couple of utility players trying to fake it at unfamiliar positions. There’s a vocal cheerleading squad on the sidelines and a small claque of fervent fans, but nothing can substitute for a roster of players who actually know how to run plays. It’s no surprise that the Trump team is facing a shutout at the end of the first quarter.

Of course it’s not just Trump. Ingraham should also direct her attention to all the “small government” conservatives who are busy in Congress — and have been for years — subjecting the institutions they serve to a death by a thousand cuts.

For instance, in the budget bill that the Republican-controlled Congress proposed before Hurricane Harvey hit, the agency tasked with dealing with emergencies like the twin hurricanes faced nearly a $1 billion in cuts, with the funds to be reallocated to building Trump’s promised wall with Mexico. Although FEMA is likely to see at least some of that money restored, other agencies won’t be so lucky. Trump wanted to cut the Environmental Protection Agency budget by $2.6 billion, while Congress is proposing somewhat less aggressive surgery. In all, Trump wanted to cut $54 billion from domestic programs, a shock-and-awe opening bid that makes the congressional counter-offer of $5 billion in cuts more politically feasible.

Meanwhile, presented with a golden opportunity to legislate a massive change in policy, the Republicans in Congress fumbled: no new health care bill, no new tax reform, no new infrastructure legislation. Given this poor record, President Trump had to turn to the Democratic Party to raise the debt limit temporarily and push through funding for hurricane relief. This is no dawn of a new age of bipartisanship. Trump wanted to send a message to the Republicans that they can’t take him for granted. He’s also is setting up Republican legislators he didn’t like in the first place to take the fall for everything that has gone wrong in the first year of his term.

Steve Bannon, now restored to his perch at Breitbart, has articulated this strategy in starker terms. Trump’s former senior advisor is working with mega-donor Robert Mercer to develop a slate of Trump-style challengers to unseat Republican incumbents in the 2018 primaries. That includes Senators Jeff Flake of Arizona and Dean Heller of Nevada, both of whom had the temerity to challenge the more hare-brained of Trump’s policies.

The superstorm that Trump and Bannon are about to unleash on the Republican Party — on the heels of the electoral hurricane that brought them both to Washington in 2016 — has the potential to permanently remake American politics.

In 1917, Russia experienced two revolutions. The first one, in February, was more or less democratic. The second one came eight months later and installed the Bolsheviks. Bannon thinks of himself as a Leninist dedicated to destroying the establishment. Now he’s preparing for this second revolution.

Other countries are taking note.

In his incisive new book, In the Shadows of the American Century, historian Alfred McCoy assesses the rise and decline of the U.S. empire. In an especially provocative part of the book, he investigates the methods by which the Obama administration attempted to check China’s influence and how the Trump administration has unraveled that particular project.

While Beijing was maneuvering to transform parts of Africa, Asia, and Europe into a unified “world island” with China at its economic epicenter, Obama countered with a bold geopolitical vision meant to trisect that vast landmass by redirecting its trade toward the United States.

Obama translated that vision into the Trans Pacific Partnership (TPP), a free agreement for most of Asia minus China, and the Transatlantic Trade and Investment Partnership (TTIP) designed to further strengthen the U.S. trade alliance with Europe. Added to that was Obama’s effort to gradually reorient the Pentagon’s hitherto obsessive focus on the Middle East and Afghanistan over to the Pacific Rim.

These best laid plans went awry during the extreme political weather events of 2016. Donald Trump cancelled the TPP in his first week in office and froze negotiations for the TTIP. He has also called into question the free-trade agreement with South Korea.

Needless to say, China is thrilled at this opportunity to cement its economic position in Asia. Since China is Mexico’s third largest trade partner (though at a rather low 1.4 percent) and Canada’s second largest trade partner (at a more substantial 4.1 percent), Beijing is no doubt eyeing Trump’s short-handed effort to renegotiate NAFTA as a potential chance to get more of an economic foothold in North America as well.

On military issues, it’s more of a mixed bag. Bannon wanted Trump to focus more on China — and forget about North Korea. He’s gone, and the “globalists” who remain, like chief economic advisor Gary Cohn, are not keen on antagonizing Beijing. Still, the “generals” want to preserve at least part of the Pacific Pivot, if only to demonstrate resolve in the face of North Korea’s nuclear ambitions.

China watches all this with trepidation and amusement. It can’t quite believe the auto-destruction of the U.S. state. To put it mildly, China isn’t interested in small government. Beijing believes in the power of markets and capitalism, but it also places a lot of credence in state-led economic development. Moreover, it takes climate change seriously and has invested a huge amount of capital into sustainable energy and infrastructure.

To return to the football metaphor, the Trump team is now realizing that it has to play away games against teams from other countries. It will soon discover that the Chinese have mastered the tactics of geopolitical football. Beijing fields a full squad of competent, if not exactly flashy, players, and boasts a strong bench as well.

“Small government” might have a certain appeal in certain quarters of the United States. But slashing the State Department budget and failing to replace personnel that have left puts the United States at a tremendous disadvantage geopolitically. China, in other words, is ready to pounce on all the errors made by the Trump team because of its failures to prepare for the game.

For all those who exult at the prospect of an imminent collapse of the American imperium, however, it’s premature to pop the champagne.

When Donald Trump tweeted that the United States would respond to North Korea’s missile launches with “fire and fury,” he sounded as if he’d hired Pyongyang rhetoricians to staff his Twitter feed. But the resemblance between Trump policy and North Korea doesn’t end there.

Like North Korea, the United States is willing to prioritize military spending even as natural disasters eat away at the edges of domestic infrastructure. In fact, the Trump administration has embraced something very similar to North Korea’s “military first” policy. Pyongyang’s implementation of this songun ideology in the 1990s not only directed more state resources to the military but also accorded more power to the generals to determine state policy.

In his own version of songun, Trump has brought the generals into high-ranking positions in the administration — John Kelly as chief of staff, Jim Mattis as head of the Pentagon, H.R. McMaster as national security advisor.

And the president has offered a major budget increase for the Pentagon that, including a significant war budget (known as the overseas contingency operations account) totals about $640 billion. Throw in the other items in the budget that are actually defense-related, such as nuclear weapons, homeland security, military aid, and intelligence, and the overall national security budget nears $1 trillion. Well, let’s just make it a cool trillion by throwing in the (as-yet-determined) cost of that wall with Mexico.

But the real bankrupting of the state will come with Trump’s tax reform, which will add $3-7 trillion to the national debt over the next decade.

When Hurricane Donald gets through with the United States, we’ll be left with a Dear Leader, a bunch of nukes, and a garrison state, with no one but China to keep us afloat. Welcome to Pyongyang on the Potomac.