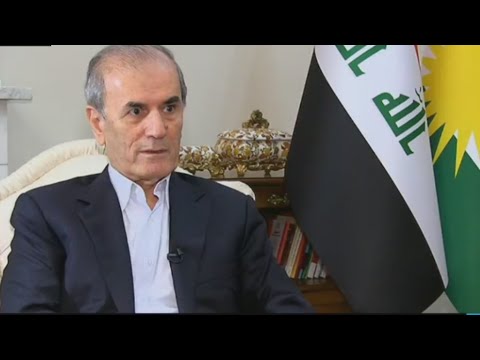 The Iraqi Supreme Court has ordered that the referendum on independence planned for September 25 be halted.

The problem is that the Iraqi supreme Court’s decision will not be recognized or honored by the elites in the Kurdistan Regional Government, the Kurdish super-province. The Kurds say that no Iraqi government troops from Baghdad can ever set foot on Kurdistan soil.

KRG president Massoud Barzani has said that he will power through the referendum despite vehement protests from Baghdad, Iran, Turkey and even the Trump administration.

Barzani’s commitment to holding the referendum has thus caused a constitutional crisis in Iraq. He says, however, that even a yes vote on secession would not necessarily entail a headlong rush to declare independence on the part of his provincial government. Kurds were mistreated by the Arab nationalist regimes of Iraq (Kurds are not Arabs) and were gassed by Saddam Hussein, and almost all of them want their own country now.

One question about Kurdish Iraqi secession is the exact borders of Kurdistan. The Kurdistan national guard or Peshmerga (“those who stand before death”) has a presence beyond the three Kurdish-majority provinces of Dohuk, Erbil and Sulaymaniya, which are recognized by Iraq and other countries as constituting the Kurdistan super-province of Iraq.

In summer of 2014 after the Sunni Arab provinces acceded to the ISIL (Daesh) “caliphate,” the Peshmerga militarily occupied Kirkuk, and seem reluctant to relinquish that province. It is ethnically mixed, with Arabs and Turkmen, though Kurds are by now likely a majority. The Iraqi constitution calls for a referendum on Kirkuk’s future, but none has ever been held.

On Monday, a clash broke out between Peshmerga troops celebrating the prospect of secession, and Turkmen, who consider Kirkuk to have been theirs by longstanding right. (Maybe Kirkuk used to be largely Turkmen, but that by now hasn’t been true for a while; Kurds are now the majority).

The Kirkuk violence is a question mark, asking whether the KRG plans to annex Kirkuk by fiat and take it with the seceders.

In the meantime, Both prime minister Haydar al-Abadi from the government side and Shiite militias say that they will confront Kurdistan directly if it seems to be moving toward independence.