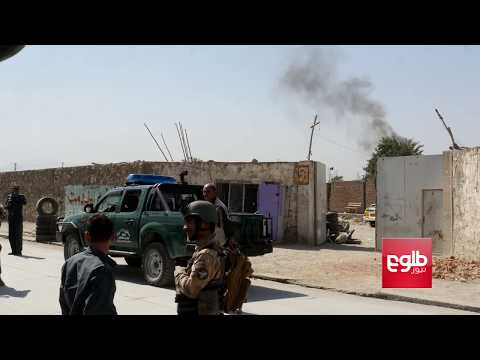 U.S. forces responded with an airstrike but one of the missiles went off course in a “malfunction,” causing several casualties.

Kabul’s airport has been attacked by militants during a visit by U.S. Defense Secretary Jim Mattis to Afghanistan.

The U.S. responded to the attacks with an airstrike that killed multiple civilians, according to U.S. authorities.

Hours after Mattis touched down in Kabul, militants fired high explosive ammunition including mortar rounds near the main airport and detonated several suicide vests in an attack launched by the Taliban.

The attack was well-coordinated, involving between a dozen and 30 rockets that were launched from different locations over the course of six hours. The extent of damage on NATO runways, aircraft and infrastructure remains unclear.

In a statement published on their website, the Taliban claimed that its fighters “pounded with missile rounds” the security section of the mixed-use Kabul International Airport, which accommodates both civilian and military flights.

“The primary target of the attack was the helicopter trying to carry” Mattis, the group claimed. The attacks coincided with the group’s capture of Kabul in 1996.

U.S. forces launched an airstrike supporting an Afghan special police unit fighting the attackers but one of the Hellfire missiles went off course in a “missile malfunction,” causing several casualties, the U.S.-led NATO mission there said.

“Resolute Support deeply regrets the harm to non-combatants,” the statement said. “We take every precaution to avoid civilian casualties, even as the enemies of Afghanistan continue to operate in locations that deliberately put civilians at very high risk.”

Officials said one Afghan woman was killed and 11 civilians were wounded in the attack. Afghan special forces killing four of the attackers in a gun battle, officials said.

The clashes and casualties overshadowed a visit intended to demonstrate U.S. support for the Afghan government — instead reminding Afghanis of the grave number of civilian lives lost as a result U.S. airstrikes.

Mattis’ visit came after U.S. President Donald Trump announced a new strategy for Afghanistan, promising a stepped-up military campaign against Taliban “terrorists” who have gained significant ground as they seek to re-establish what they call an “Islamic Emirate of Afghanistan,” which they lost in 2001.

In a news conference, Mattis said the Taliban could not hope for a military victory and promised a more “holistic” approach without fixed timetables and involving other countries in the region, including Pakistan.

“I want to reinforce to the Taliban that the only path to peace and political legitimacy for them is through a negotiated settlement,” he said.

Ghani said his government “remains open to talks with the Taliban” as well as a peace strategy involving Pakistan. The Taliban have dismissed this possibility.

“(The U.S. has) brought people to the helms of power who, along with their family members, hold nationalities of the invading countries and continue living there,” the Taliban said in a statement last week.

“We practically see that some people have become billionaire under the shadow of this regime at a time that majority of the population are lacking a loaf of bread for their morning and evening meal,” the group added.

The Taliban have made steady inroads since NATO ended its main combat operation in 2014 and are now estimated to control or contest at least 40 percent of the country. Afghan commanders have regularly pleaded for more air support.

The Kabul airstrike shows the risks that the new strategy could cause a repeat of the bitter disputes over civilian casualties that soured relations between Washington and the government of former President Hamid Karzai.

Already in the first half of the year, as Afghan and U.S. aerial operations have picked up, U.N. figures have shown a 43-percent jump in civilian casualties caused by airstrikes and Ghani called on his allies to limit the damage.

There are now about 8,400 U.S. troops in Afghanistan as part of the 13,500-strong NATO-led Resolute Support mission. Mattis has said the United States will send an additional 3,000 troops to help train Afghan security forces.

“It is worth mentioning that the strategy of the influx of troops may prolong the issue of Afghanistan but will never solve it (but) such failed efforts have had no results in the past,” the Taliban said, citing past efforts by the British Empire and the Soviet Union to occupy the country.

“But still there is a way! America and her invading allies should leave the land of the Afghans to the Afghans. If such solution comes through peaceful means and understanding, it is the more optimal.”