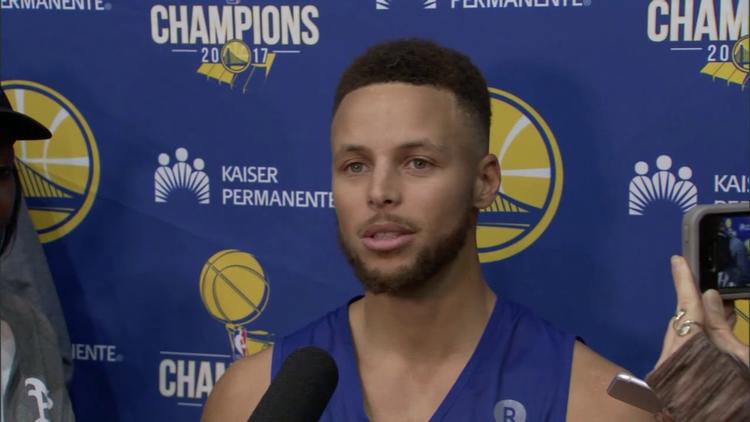 Trump’s dreary tweetstorm on Saturday was intended to gain him popularity with white supremacists and the covert racists on the right of the Republican Party, through beating up on uppity black athletes and impudent yellow peril Orientals. He ended up saying,

Just heard Foreign Minister of North Korea speak at U.N. If he echoes thoughts of Little Rocket Man, they won't be around much longer!

That is, the president of the United States casually threatened to commit genocide against an entire people, on the same medium where people celebrate the exploits of their cats.

At home, Trump told a white crowd that it hurts the game of football “when people like yourselves turn on television and you see those people taking the knee when they’re playing our great national anthem.”

He actually said “those people.”

Trump figures it bolsters his popularity with white Christians, his key demographic, if he is seen to be feuding with black athletes of the NBA and NFL, and if he is seen threatening genocide against North Korea.

The natural order of things, he is saying, is a hierarchy with rich white American Christians on top, and then middle class white Christians elevated above all but their own rich. All other “races” and social classes come at the bottom. And if they themselves decline to recognize this pecking order, they must be put down with taunts.

Hence his crack at Venezuela that its problem is that socialism has been implemented there. Brown people governing themselves and declining the rule of white billionaires is unnatural and leads to chaos. That the white billionaires and their barracuda capitalism could destroy a country, like Iraq, is hushed up.

When he isn’t engaged in a taunting contest with Kim Jong Un, he goes after African-American sports figures:

Going to the White House is considered a great honor for a championship team.Stephen Curry is hesitating,therefore invitation is withdrawn!

Curry had said he declined to come to Trump’s white house, which after all encouraged the “very fine people” like those who beat up a young Black man in Charlottesville.

Trump cannot stand being upstaged, so after the invitee withdrew, Trump fired him.

Then LeBron James weighed in:

U bum @StephenCurry30 already said he ain't going! So therefore ain't no invite. Going to White House was a great honor until you showed up!

That was a great day for Trump. The politics of racial division were on full display. He even got a tweet in against Iran’s ballistic missile program, complaining that Iran can hit Israel and that the Iran deal was bad for the US. He neglected to mention that the Joint Plan of Collective Action or JCPOA, the Iran deal, did not address the issue of Iran’s missile program, only its nuclear enrichment activities. He also neglected to mention that Israel has the best military in the Mideast and has stockpiled hundreds of nuclear warheads, whereas Iran barely has an air force and no longer even has a nuclear enrichment program, much less a bomb.

The point was that Iranians are brown people acting uppity toward the white hyperpower and its Mideast client. They thus parallel the N. Koreans.

As for 3.4 million US citizens in Puerto Rico, who are without electricity and will be for months, who desperately need aid, they have not been on Trumps mind, as far as you could tell. The US is ruining Puerto Rico by keeping it as not a state but not part of the US, either. Its people can come to the mainland freely, and so it has lost hundreds of thousands of the young, the energetic, the adequately wealthy to move. The poor and the old were left behind. Now a hurricane given extra power by the carbon dioxide emissions of the mainland has devastated the island, but Trump cannot be bothered to tweet out so much as well wishes (he did give one brief speech).

Trump goes after everyone but the white supremacists and Vladimir Putin. Why?