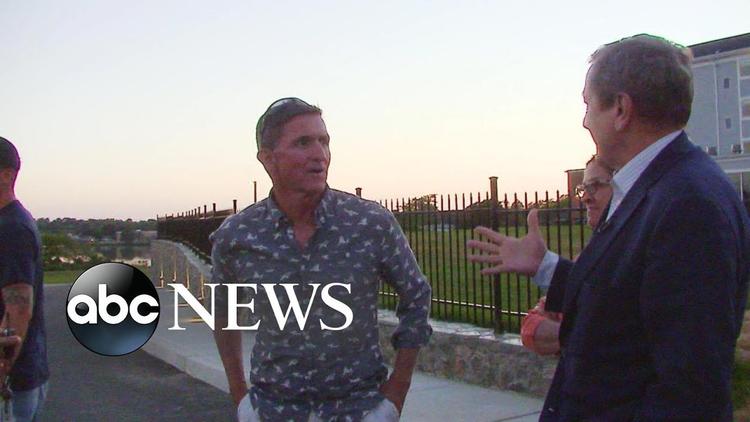 It is unusual for high government officials to visit without letting the White House know. Barack Obama was clearly being frozen out of this meeting. Obama kept insisting that we only have one administration at a time, and was disturbed by the way the Trump circle immediately began pursuing its own foreign policy, not waiting for Jan. 20.

But the National Security Agency has high politicians throughout the world under surveillance, and notices when their cell phones start talking to towers in New York all of a sudden, instead of in Abu Dhabi. So National Security Adviser Susan Rice knew that Sheikh Mohammed was meeting with someone on a surreptitious visit to the US. And she asked the NSA for the identities of the Americans in the meeting. And there they were, Trump, Flynn, Kushner and Bannon. Its like when you hear animals eating garbage in your garage at night and you turn on the light and there are four fat raccoons chowing down on rotten chicken bones.

What was the purpose of this meeting? CNN’s reporting is that the 3-hour conversation ranged over Iran, Yemen and the Mideast peace process. In other words, it was about Iran and Israel.

The UAE felt abandoned by Obama. He put relatively few resources into helping the rebels in Syria,though perhaps a billion dollars (not a large sum for that country).

And he had made that nuclear deal with Iran, which the Arab powers saw as a signal that he was tilting toward Tehran and away from them.

Obama was also increasingly uncomfortable with the Yemen war.

So the UAE, which is a fabulously wealthy if small country (maybe 1.5 mn citizens, 9 million residents) had swung into action to make sure Trump was on their side.

My guess is that they will have urged him to tear up the JCPOA, the Iran nuclear deal, which he had already pledged to do.

It is despicable for these foreign leaders to connive at getting young American soldiers killed for their own purposes.

The UAE royal family is also close to Erik Prince, who runs mercenaries in the global south. Prince in turn is close to Trump. Trump made his sister Betsy DeVos a cabinet member.

A month later, the UAE used Prince to try to reach out to Russia and get Moscow to abandon Tehran.

So Trump’s hysterical tweet that the Obama administration had put him under surveillance is both true and false. It is false that they bugged his penthouse. It is true that he showed up in their sights, because he kept meeting with persons of interest.

Flynn seems to have liked meetings, and called the Russian embassy a lot in this period, as well. And his company had a big payday from a Turkish crony of president Tayyip Erdogan.

Why, despite their protestations of being afraid of or hating Muslims, you wonder whether they weren’t working for some. And that raises another question, which is whether the UAE came bearing bribes.