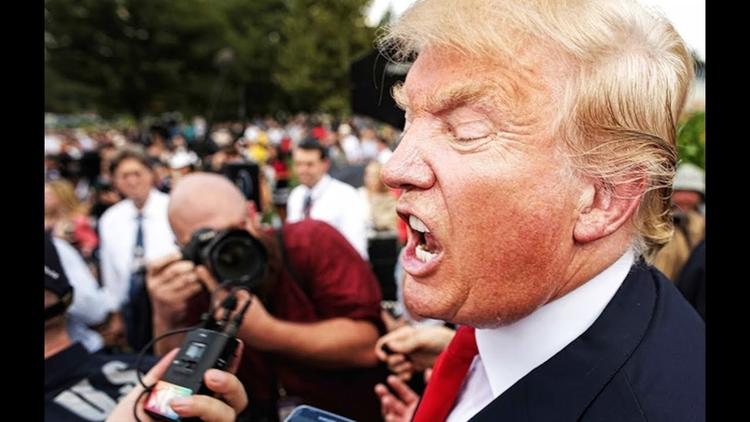 Trump appears likely to attempt to derail the Iran nuclear deal (the Joint Comprehensive Plan of Action [JCPOA]), next week. The deal curbs Iran’s nuclear enrichment program and prevents it from using the program to do more than create fuel for power plants. Trump will argue that the sanctions relief Iran obtained from the United States and the United Nations for signing the agreement in summer of 2015 is undeserved. The deal is monitored by the International Atomic Energy Agency of the UN, which reports Iran to be in compliance. Since the Republican Congress did not want the deal, preferring war with Iran, it set up its own certification process every 90 days. The US congressional “certification” is not part of the deal, which was concluded between Iran and the UN Security Council plus Germany (representing the European Union).

Trump will decertify Iran on grounds of its missile program and “terrorism,” which are not part of the deal in the first place. The US accuses Iran of terrorism for supporting Hizbullah in Lebanon (which the Lebanese cabinet has designated its national guard for the south) but never accused the Israelis of terrorism for illegally invading and occupying Arab territory and then kicking families out of their homes and terrorizing them. If Israel hadn’t behaved that way in Lebanon there likely would be no Hizbullah.

The JCPOA closed off all the avenues for Iran to produce a nuclear weapon, something Khamenei forbade anyway. It reduces the number of centrifuges to 6,000, it caused the planned Arak heavy water reactor to be abandoned and bricked in, it required the casting of uranium enriched to 19.5% for the medical reactor in a form that does not allow further enrichment. The US got everything in this deal, Iran got bupkes. Iran was not trying to make a bomb anyway. Khamenei repeatedly gave fatwas (binding legal opinions) against nuclear weapons as incompatible with Islamic law and values, since they kill masses of innocent civilians.

The rest of the world will just ignore Trump and the hawks on Capitol Hill. Europe, Russia and China are eager to do business with Iran, a country with the population of Germany and the gross domestic product of Poland that is virgin territory for foreign investment. European governments are already putting in place plans to protect European firms that invest in Iran from any attempted US Department of Treasury sanctions.

The erratic mood swings of Washington will come as no surprise to Iran’s leader (he isn’t called the “supreme” leader in Persian–that is Western journalistic propaganda). Ayatollah Ali Khamenei has been a consistent critic of negotiations with the United States on the grounds that it is a warmongering inconsistent imperialist power, which will always go back on its word and find some pretext to inflict harm on Iran.

He added, “The nuclear issue is an excuse for America to continue its animosity. Now, the American spokesmen are bringing up the issues of human rights and missiles.”

Remember, this speech in Tabriz was at the start of serious negotiations in early 2014. It now seems prophetic.

At the time, the Brookings Institution made fun of Khamenei. Suzanne Maloney wrote that on the eve of the talks, “Iran’s supreme leader Ayatollah Ali Khamenei delivered one of his trademark jeremiads against Washington. His remarks were laced with suspicion and indifference to the ostensible purpose of the dialogue, the resolution of the nuclear impasse, and they underscore the challenge of devising a detailed, rigorous agreement that can withstand the brunt of the entrenched rancor from Iran’s highest authority.”

I don’t mean to pick on Brookings, which tilts liberal and where I have friends, or on Ms. Maloney, who was writing in a different era. But Khamenei had some reason for his suspicions, and he did not actually display “entrenched rancor” toward the negotiations. He just was under no illusions that even if they succeeded they would mean the end of US attempts to overthrow the Iranian government again, as it did in 1953.

His “trademark jeremiad” turns out to have been perfectly sensible. Maloney is right that Khamenei has a lot of crazy conspiracy theories about the US (it did not create or back ISIL) and has a weak grasp on historical accuracy. But on this particular issue, he was right. The US does promote “war” and “poverty” when they suit the American political elite and business classes. The US is the major reason for which 4 million occupied Palestinians can be crushed under the jackboot of the Israeli far right and driven into poverty. The US adventuristic invasion and occupation of Iraq destabilized the region. US covert operations, from coups to drone strikes, have spread turmoil. (On the other hand the USAID has done good work in malaria elimination and US inventions have made millions of lives easier).

Iran entered into the negotiations on the grounds that sanctions would be lifted. Those sanctions were harming the country’s economy and putting lives at risk (Iran Air’s fleet of planes was aging e.g.). While international sanctions have been lifted, the GOP Congress has ratcheted up sanctions, as Khamenei foresaw. Many European firms are afraid of US sanctions and so have not invested in Iran. Iran gave up a major deterrent tool (a nuclear program serves to discourage invasion plans even if no bomb is actually assembled) and got almost nothing for it.

Now, Trump and far right hawks like Sen. Cotton intend to see if the US can renege on the deal entirely, essentially unsigning it and reversing its commitments.

The only reason for reneging on the JCPOA is to prepare the way for a war of aggression against Iran.

Iran is three times bigger geographically, much more rugged, and 2.5 times as populous as Iraq. For anyone who is too young to remember that one, let us just say it did not go well, cost a lot of money and lives, and produced no tangible benefit for the US public.

As for Khamenei, he also observed after the JCPOA was signed, , “Today, even the diplomatic officials and those who were present in the [nuclear] negotiations reiterate the fact that the US is breaching its promises, and while speaking softly and sweetly [to Iran], is busy obstructing and damaging Iran’s economic relations with other countries . . . The JCPOA, as an experience, once again proved the futility of negotiations with the Americans, their lack of commitment to their promises and the necessity of distrust of US pledges.”

It isn’t surprising that Khamenei feels this way. What is dangerous is that with Trump at our helm, the whole world may come to view the United States in this light, and nothing could be more damaging to US national security.

The Young Turks: “How Trump Is Sabotaging Iran Nuclear Deal”