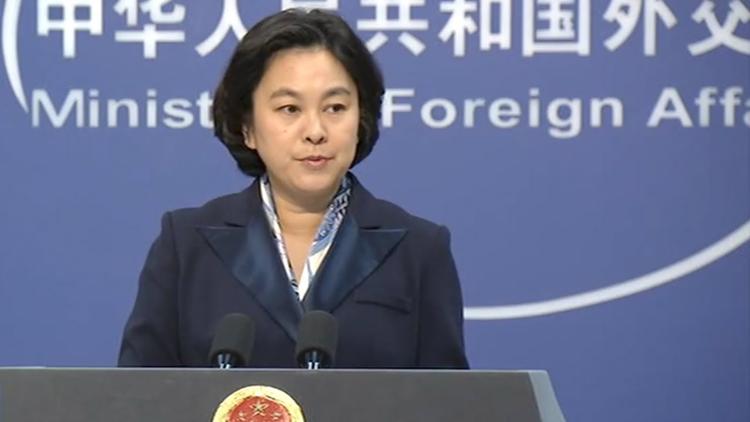 The recent move by President Trump to unilaterally decertify Iran under the 2015 nuclear agreement has predictably caused tensions between Iran and the West to rise. Trump’s unilateral jettisoning of the Obama-era deal (which has been sent back for 60-day congressional review in a bid to renegotiate parts the Trump Whitehouse dislikes) has also angered the other five powers who signed the multilateral accord, which was enshrined in a UN resolution.

They point out that international inspectors say Iran is in technical compliance with the accord and that the nuclear agreement will remain valid regardless of President Trump’s actions. The air of international exasperation with the cranky US President, who has also withdrawn America from the Paris climate accord and the proposed Trans-Pacific Partnership (and started renegotiating the North American Free Trade Agreement) in pursuit of his “America First” campaign pledges, is palpable.

But the biggest damage to US credibility has probably been done far away from Iran, the Middle East or even Great Power political circles. Instead it is in East Asia where the terrible diplomatic precedent of an American leader trying to unilaterally renegotiate a functioning international nuclear accord will be felt the most. A binding multilateral nuclear agreement was meant to restrain a rogue state’s sovereignty to pursue nuclear development; but it promised regime security in exchange.

Hardliners in authoritarian countries who pointed out that Saddam Hussein and Colonel Muammar Gaddafi had both been invaded and overthrown after giving up their weapons of mass destruction were placated with the promise that any international agreement was permanent and binding. That promise has now been demolished by a US president who often seems bent on simply tearing up everything his predecessor accomplished before him, regardless of the cost to others.

The American breach with Tehran is therefore a propaganda gift to the hereditary Stalinist dictatorship of North Korea’s Kim Jong Un, who has spent the last few months trading insults with President Trump over his own country’s nuclear and missile programmes. The North Korean leader has already tested more rockets than his father and grandfather’s regimes did combined.

Indeed, since his accession to power in 2011, North Korean foreign policy has seemingly revolved around acquiring a nuclear deterrent capable of hitting the American homeland before any resumption of diplomatic relations. While it is unlikely that a revival of the Six-Party Talks or some other multilateral forum could now dissuade Pyongyang from its attempts to achieve this, the North Korean regime now has the perfect riposte for any who even try; America doesn’t keep to its international agreements unless deterred by fear of mutual catastrophe.

But strengthening the North Korean government’s diplomatic hand looks even more foolish strategically when one takes into account the fact that Trump is counting on North Korea’s enabler China to rein in the regime. With exquisitely bad timing Trump announced he was ditching the Iran nuclear deal (to which China is a signatory) just before China’s leader Xin Jinping was to begin celebrating the end of his first term in office at the Chinese Communist party’s 19th party congress.

Meant to celebrate a new era of Chinese strength and prosperity, this congress is also crucial to the Chinese president’s personal political future. Five of the seven members of the central Politburo Standing Committee and six of the 25 strong Politburo are due to stand down in accordance with the party’s unofficial rules on retirement; President Xin therefore has an unusually large number of places he can fill with personal loyalists.

During this transformative “patriotic” period there is no way that anyone in Beijing can be seen to break ranks with an East Asian communist regime in its own back yard, especially not for the Americans. Yet even as he restarted the US confrontation with Iran, Trump was also seeking ways to pressure China into cutting off the economic lifelines the North Korean elite rely upon to keep their dysfunctional country up and running. In September the US threatened to target major Chinese banks over their ties to North Korean actors. This followed actual American sanctions on China’s Bank of Dandong, for allegedly helping North Korea’s nuclear weapons programme. Neither move will have been well received by Beijing, which has many options for retaliation against American firms once its party congress is over.

It is extremely unlikely that a rising China (with a sovereignty-obsessed ruling class) will accept the demands of America’s extraterritorial legal and financial systems in the way that smaller states in Europe and Asia have. North Korea may thus end up becoming the geopolitical flashpoint that spurs China into formally creating it’s own global business architecture and cross-border payment systems, independent of the US neo-liberal order.

This process will be aided by the global perception that under Trump the United States is a law unto itself, but one which is happy to hold states hostage by their economies until they submit to American demands. Trump’s recent threat to designate Iran’s Islamic Revolutionary Guard Corps (IRGC) as a foreign terrorist organization like al Qaeda or the Islamic State is another gift to hardliners in Beijing and Pyongyang both.

If the US can unilaterally designate a branch of the armed forces of a UN-member nation an illegal organisation and impose sanctions, then it is taking upon itself the right to decide who is, and is not, a legitimate state actor; neither China nor North Korea will ever accept this state of affairs and if Trump carries out his threat against the IRGC both states will feel more justified than ever in looking to the only weapons proven to be capable of deterring a hostile US; nuclear ones. The “grown ups” in the Trump Whitehouse should consider the cost to America elsewhere of the president’s chest-beating over Iran. It may help save the American led global system they are supposed to be protecting.

CGTN: “China calls on US to maintain commitment to agreement on Iran nuclear deal”