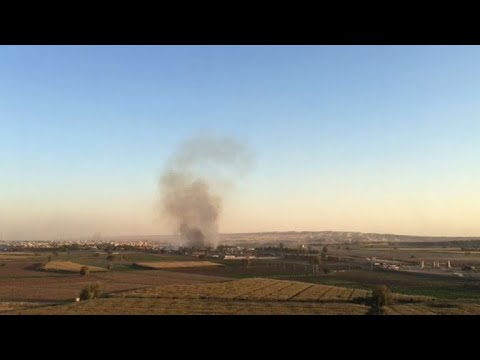 The Iraqi military and its Shiite militia auxiliaries have completed their reassertion in Kirkuk. The last pockets of resistance fell as units advanced on Altun Kupru, the last check point before you get to Erbil, one of the three Kurdistan provinces. In the process, there was reportedly heavy fighting with the Kurdistan Peshmerga paramiitary. Neither side has released how many casualties they took.

Meanwhile, Grand Ayatollah Ali Sistani, the foremost Iraqi clerical leader, asked the Iraqi government to protect Kurdish civilians. The statement came after reports surfaced that Shiite militias had abused Kurdish noncombatants in Kirkuk city, as well as in surrounding ones.

Sistani had nevertheless backed the Baghdad government’s move to recover Kirkuk province. He just wants the process to be as orderly and lawful as possible. Although Sistani is often credited with reviving the Shiite militias to fight ISIL in 2014, he clearly wanted them to be an arm of the regular army. He does not have any tolerance for disarray.

Sistani’s nationalist rival, Muqtada al-Sadr, also made a plea that the long tradition of religious and ethnic coexistence should be reasserted. He had likewise supported the reintegration of Kirkuk into Iraq.

Sistani and al-Sadr are functioning as Iraqi nationalists when they voice support for the Kirkuk operation. People sometimes forget how much Shiite Iraqis can adopt country nationalism about Iraq. Sunni Arabs in that country were often tempted by pan-Arabism or pan-Islam. The Iraqi Arab Shiites always knew that there is just one country where they have a hope of being in charge.

Reuters points out that without Kirkuk’s oil wealth, the three remaining rugged provinces that make up the Kurdistan Regional Government likely could not survive economically if they tried to declare independence.