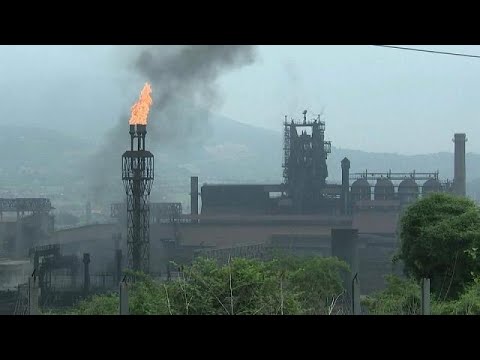 Carbon dioxide or CO2 concentrations in the atmosphere have reached unprecedented high levels, a United Nations watchdog group reports, warning that urgent measures are needed to achieve the targets set by the Paris climate agreement and avoid cataclysmic changes in the earth’s climate conditions.

“Concentrations of carbon dioxide in the atmosphere surged at a record-breaking speed in 2016 to the highest level in 800,000 years,” the World Meteorological Organization said. “The abrupt changes in the atmosphere witnessed in the past 70 years are without precedent.”

“Globally averaged concentrations of CO2 reached 403.3 parts per million in 2016, up from 400.00 ppm in 2015 because of a combination of human activities and a strong El Nino event,” it added.

The Greenhouse Gas Bulletin, the U.N. weather agency’s annual flagship report, tracks the content of dangerous gasses in the atmosphere in the industrial era, beginning in 1750.

Since the mid-18th century [when CO2 was 270 ppm], population growth, industrialized agricultural practices, increases in land use and deforestation, and the widespread use of hydrocarbons, heavy metals, rare earth minerals and agro-industrial chemicals have all contributed to the massive concentration of CO2 in the atmosphere.

Deforestation for agriculture purposes has ensured that 37 percent of the Earth’s land surface is used for farmland and pasture, according to the World Bank, while land degradation has fueled the desertification of vast areas in once-biodiverse regions across the globe.

WMO chief Petteri Taalas told reporters that “there is hope” to reverse the worrying concentration rates but underscored that the time to act was now.

“Without rapid cuts in CO2 and other greenhouse gas emissions, we will be heading for dangerous temperature increases by the end of this century, well above the target set by the Paris climate change agreement,” Taalas said in a statement.

“The effects of the failure to mitigate global warming will not of course come all at once, and will not affect all regions and populations equally,” John Bellamy Foster argued in Monthly Review. “But just a few years of inaction in the immediate future could lock in dangerous climate change that would be irreversible for the next ten thousand years.”

The historic agreement approved by 196 countries two years ago is facing renewed pressure following US President Donald Trump’s decision to quit the accord.

But nations are set to press on with the task of implementing it at climate talks in Bonn next week.

“The numbers don’t lie. We are still emitting far too much and this needs to be reversed,” the head of U.N. Environment Erik Solheim said in a statement, reacting to the new report.

“We have many of the solutions already to address this challenge,” Solheim added. “What we need now is global political will and a new sense of urgency.”

However, questions remain as to whether the lofty goal of preventing disastrous climate change can be achieved within the framework of a global economic system that treats nature – land, air, food, water and mineral resources – as inputs for ever-increasing levels of private production and profit accumulation.

“No matter how serious the planetary ecological emergency that confronts us today, no matter how far we go down the path to catastrophic climate change, the basic answer to the global environmental problem is at all times the same: the struggle to recreate a balance in our relation to the earth – before the earth system creates a balance of its own – one outside the contours of what constitutes a safe operating space for humanity,” Foster and Paul Burkett argued in the book Marx and Earth.

“What is required is the creation of a more collective, sustainable, egalitarian mode of production,” they continued.

“We will either socially develop in the not-too-distant future the forms of sustainable living that are now required, or this will be imposed on us, under far less favorable environmental conditions,” by the planet itself.