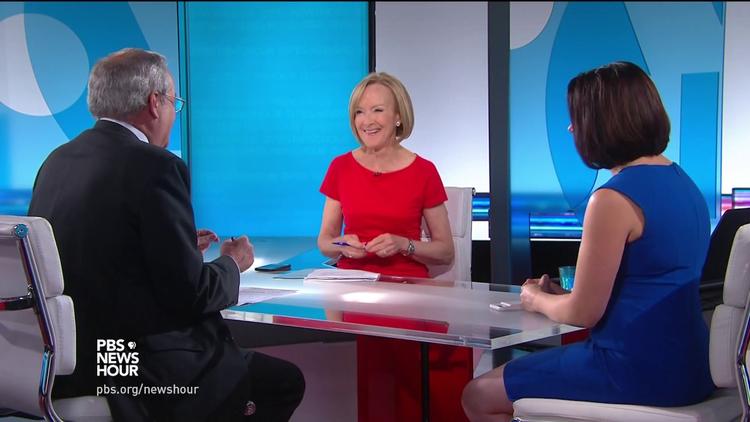 People like Sen. Bob Corker of Tennessee supported Donald Trump for president because they thought he could help them hit the trifecta. And the truth is that on lowering taxes, for the super-wealthy, on unleashing the full polluting potential of coal and other industries, and on sticking it to the working people of this country, Trump is delivering on his pledges, big time. That is why Corker campaigned so hard for Trump. It was service to his social class and his filthy rich backers.

The 0.1% should be delirious with joy.

There’s just one problem. They are terrified of Trump, of his erratic behavior, his taunting of nuclear-armed enemies, his staff upheavals at the White House. They represent Capital, and Capital thrives on order. Corker and his colleagues see disorder and they quake.

In Johann von Goethe’s play “Dr. Faust,” a man eager to taste of all human experience makes a bargain with Mephistopheles, i.e. with Satan, signing his soul away in blood for his intellectual and emotional thrill-seeking. The devil remarks,

“Nor goal, nor measure is prescrib’d to you,
If you desire to taste of every thing,
To snatch at joy while on the wing,
May your career amuse and profit too!
Only fall to and don’t be over coy!”

Mephistopheles is Corker’s Trump. Trump promised a wild ride, but a ride to the heart’s desire of conservatives– a hierarchical society with the rich firmly on top and further enriched by the hour through the abolition of graduated taxes.

He will fulfill his vow. But alongside these startling and unprecedented triumphs for the billionaires in the class war, Mephistopheles/ Trump offers something else.

However much Corker is going to like the tax cuts on the rich in Trump’s budget this fall, he is also clearly deeply disturbed at Trump’s bellicosity. He worries that the White House staff have to spend all their time containing Trump. He worries that the president will order up Navy Seals and set them to trying to sequester North Korea’s nuclear stockpiles.

Such a mission is highly unlikely to succeed. And when it fails, what is the likely NK response?

And what will be the value of those tax cuts if Trump’s adventurism spooks the markets or attracts dramatic violence down on our country?