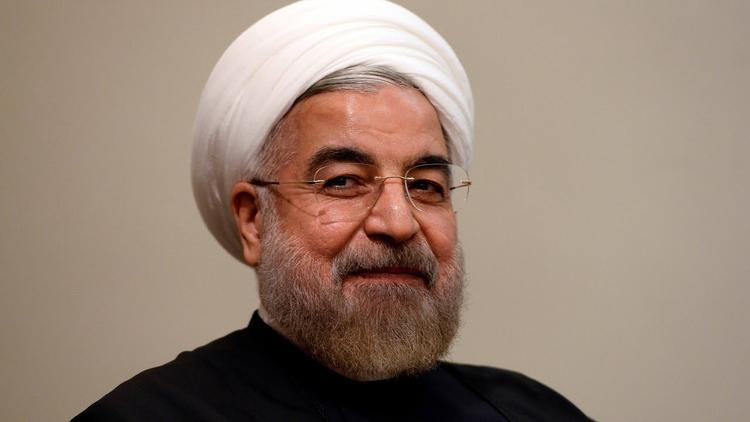 President Trump is set to decertify the Iran nuclear deal, as reported by the global news media. That such a decision was coming was hardly a surprise. During the presidential election campaign he launched a jihad against the deal and repeatedly threatened to walk away from it. As recently as on September 19, in his maiden speech before the UN General Assembly, he characterized the deal as an “embarrassment” to the United States and told the annual UN gathering that the deal was “the worst and most one-sided transaction the US has ever entered into”. The fate of the deal was thus sealed.

The big questions are: Why, and at what costs, is the American president moving at a fast speed to tear up the deal? Will Iran, as reactions to Trump’s violation of the deal, resume uranium enrichment activities to quickly achieve the nuclear breakout time?

The Iran deal, concluded in July 2015, successfully mitigated the decade-old tense nuclear standoff between the two adversaries; it also helped avert a possible war between them. The repudiation of the deal by Trump means a return to the gloomy past, a return to hostilities and tensions, with little guarantee for a “no-war” situation, pure and simple. And Trump has chosen this option personally against the advice of the “adults in the room” and against opposition from the US Congress. Defense Secretary James Mattis, before a recent hearing of the Senate armed services committee, said honoring the deal was in US national interests and that Iran was in total compliance with the deal. Secretary of State Rex Tillerson and National Security Advisor HR McMaster, notable Iran hawks, are also in favor of upholding the deal.

Iran is not in any material breach of the deal, as the International Atomic Energy Commission (IAEA) has confidently certified several times. Trump nevertheless levels the charge that Tehran is violating the “spirit of the agreement”, a charge that can be proved in no conceivable way. So the focus is on the “spirit”, not the actual provisions, terms and conditions contained in the deal. And the intention is clear here.

Why was the deal signed?

Iran and the P5+1 group of states (US, UK, France, China, Russia and Germany) arduously negotiated the deal for over two years not to throw it out under the bus. Concluding the deal was in the interests of all parties involved, though it was bitterly criticized, if not condemned, by America’s two regional allies – Israel and Saudi Arabia.

The previous Obama administration negotiated and signed the deal to initiate a shift from confrontation to cooperation with Iran, while indirectly recognizing Iran as a powerful actor in the Middle East region. The Iranians signed onto the deal to ensure their reintegration into the global economy, so long held off by the EU and US-led sanctions regime. Iran’s Supreme Leader Ayatollah Ali Khamenei, in the face of stiff opposition by the hardliners, consented to the deal being dictated by Iran’s national interests. He saw the removal of the sanctions as a way to unleash Iran’s economic potential but the Americans developed the false impressions that sanctions brought the Iranians down to their knees and forced them to come to the negotiating table.

Why Trump kills the deal?

At the same time, the deal was more a marriage of convenience, less a modus operandi to hammer out solutions to the longstanding conflicts between the two rivals. The deep divergences in Tehran – Washington bilateral relations originate from their contradictory strategic interests in the region. Iran’s efforts to achieve regional supremacy, at least in the Persian Gulf sub-region, and America’s counter-efforts to hamstring Iran, often in collaboration with Israel and Saudi Arabia, have only created more gaping holes in their hostile relations.

Iran’s recent rise, especially its expanding sphere of influence in Iraq and Syria, has gone a long way to curtail US influence. Russia’s direct military intervention in Syria and the quick melting of the US, Saudi and Turkey-backed rebel groups have also substantially undercut US dominance. But it is Iran’s expanding regional influence that worries the US most, as it perceives that the deal allows Iran to thrive economically and use it as a tool to flex its muscle across the region. The recent defeat of US-trained and paid anti-Assad rebel fighters in Syria and the reluctant withdrawal from al-Tanf, a small strategic town situated at a triangular area on western Iraq, eastern Syria and southern Jordan was a humiliating defeat for the Trump administration. Iran and Russia-backed Syrian army and Hezbollah fighters are controlling al-Tanf now.

Trump’s personal decision to scuttle the deal to ensure a return to hostility with Iran has been largely influenced by a group of neoconservative thinkers. They are Americans but Jewish, they care more about Israel’s interests than America’s and are misusing America’s power to fight wars and destroy the Middle East region. This was the argument of a recent article “America’s Jews are Driving America’s Wars” by Philip Giraldi. A former CIA and US Army Intelligence official, Giraldi points out that generals in the Trump administration, Israel and Saudi Arabia (obsessed with Iranian domination) are looking to start a war with Iran. The war engine is run by nobody else but the American Jews. He presents a list of mostly Republican Party-affiliated American Jewish warmongers, including David Frum, Max Boot, Bill Kristol, Bret Stephens, Mark Dubowitz, Michael Leeden, Daniel Pipes, Elliot Abrams, John Podhoretz, Meyrav Wurmser, and Kimberly Kagan, among others. They are the same neoconservative forces who enthusiastically supported George W. Bush’s illegal invasion of Iraq in 2003 and set the Middle East on a permanent road to violence, killing and destructions. President Trump is now playing to their tune.

Israel and Saudi Arabia opposed the Iran deal not because they are scared of nuclear arms in Iranian hands; rather, they fear a nuclear-armed Iran’s security autonomy to create internal disturbances in their domestic affairs or encourage hostile groups (the Houthis in Yemen or the Hezbollah in Lebanon) to attack them in the future. Israeli Prime Minister Benjamin Netanyahu favors a strong US military presence and a highly adversarial Iran – US relations to create more breathing space for hostile actions against regional parties and change Israel‘s domestic political equations to suit his political interests.

US violation of the Iran deal is a unilateral act on the part of Trump. Iran remains on the diplomatic and political safe side as it remains committed to the deal both in letters and spirit. Tehran also commands the support and sympathy of the whole world while exposing the extremist neoconservative face of the US. Officially, the US has only Israel – the usurper of Palestinian rights on its side. The European powers are out to salvage the deal and are likely to remain committed to it even after US withdrawal. They are also talking of retaliatory legislations in case the US re-imposes sanctions on Iran and destabilize Iran – EU relations. China and Russia have voiced their strong support for the deal in the face of threats from the Trump regime.

What is clearly at stake is America’s diplomatic credibility, its acceptability to other nations. To the dismay of many nations, Trump has already given up the Paris climate accord and removed the US from Trans-Pacific Partnership. He is also withdrawing from the nuclear deal at a time when the US is caught in heightened tensions over the North Korean nuclear program. Secretary Tillerson is reportedly trying to make a breakthrough with North Korea, through direct contact, to avoid escalating threats of military confrontation. But no opposing state, forget North Korea, will be interested in negotiations with a deal breaker.

Supreme Leader Ali Khamenei, exasperated by Trump’s anti-deal posture and bullying tactics, has threatened to respond to any “wrong move” by the US on the nuclear deal. He strongly warned the US: “The Americans should know … there will be no retreat by the Islamic Republic”. Admittedly, Iran’s best interests lie in avoiding a complete collapse of the deal. America is tearing up the deal but the European powers, China and Russia are honoring their commitments to it and the whole world stands behind Iran. This is a big moral, political and diplomatic victory Iran has ever won in its post-1979 history.

Leaving the deal, realistically speaking, is not a good option for Iran as long as the great powers back it. EU foreign policy chief Federica Mogherini said in late September that “This deal belongs to the international community”, not just the US. The EU is Iran’s largest trading partner and Tehran should uphold the deal as long as the EU sticks to it. In case the EU abandons the deal under tough US pressures or on other grounds, Iran’s ultimate option may be a return to the nuclear program to quickly achieve a nuclear breakout. The deal with the US is failing to pay and to avoid possible US invasion Tehran’s ultimate option is going down the road to developing the ultimate deterrent – nuclear weapons. A North Korean model – meeting threats of US attacks through nuclear capability and intercontinental ballistic missiles remains the best choice for Iran. Threats can be met with counter-threats; no soothing word can dissuade the aggressors.

Mohammed Nuruzzaman is Associate Professor of International Relations at the Gulf University for Science and Technology in Kuwait.