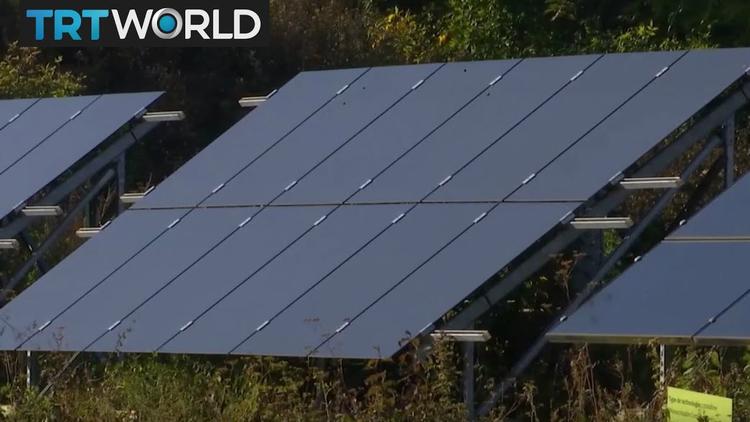 The cost of solar power is falling quickly.

France plans to more than double its solar power capacity in the next ten years and make it easier for citizens to become energy independent, as part of its energy transition plan. But closer inspections leaves room for doubt if Paris will make good on its promises.

France met 19% of its final energy demand from renewables in 2016 and plans to increase this share to 40% by 2030. Key to the plan is the simplification of rules governing ‘prosumers’ – citizens or businesses that generate and consume their own energy – and their connection to the traditional energy market.

“Seventy-six percent of French citizens want to generate and consume their own energy,” Virginie Schwarz, director for energy at France’s ecological transition ministry, told an event hosted by EURACTIV in Paris on 5 October.

And demand for the connection of independent generation capacity is growing. “Last year one-third of connection requests for photovoltaic capacity were from prosumers. This year so far it is more than half – from households, businesses and cooperatives,” she said.

Schwarz added that the share of photovoltaic (PV) energy generation in the renewable energy mix would continue to rise as prices fall.

Europe’s energy transition is irreversible and France is poised to become its leader, European Commission Vice-President Maros Sefcovic said at an event in Paris on Thursday (5 October).

The price of ground-based PV generation in France has fallen by more than 60% since 2011 to €60 per megawatt hour. Rooftop PV is still more costly at €90 per megawatt hour, according to Schwarz, but even this represents a 50% price drop compared to six years ago.

For Xavier Barbaro, the CEO of Neoen France, an independent producer of sustainable energy, this upscaling of solar power generation will benefit not only the environment but also the industry and the state. “The key is to be competitive and not to survive on subsidies. Economies of scale are vital for this,” he said.

In order to make this a reality, Barbaro said, Europe must take a leading role. National scales are too small but diverging regulation across member states makes it hard for renewable projects to reach critical mass. The renovation of building stocks is one area the businessman singled out for a European solution.

“We must arrive at a point where PV cells are a standard cladding for buildings. France is leading but so much more can be done,” he said, citing intelligent networks, storage and demand-side incentives as the essential building blocks of an EU-wide energy market based on renewables.

Paolo Frankl, the head of renewable energy at the International Energy Agency (IEA), said it was wrong to assume that major change would be held back by a lack of storage options for renewable energy. “Flexible integration is the major issue,” he said, “but if we have cheap PV and cheap storage five years from now, this will be a real game changer.”
Renewables loophole threatens to dilute EU buildings law objectives

An oversight in the revised text of the Energy Performance of Buildings Directive (EPBD) risks undermining the European Commission’s promise to place “efficiency first” across all EU energy legislation ahead of a defining vote in Parliament this week.

Mark Widmar, the CEO of PV cell company First Solar, insisted that the rise of solar power was driven by “fundamental economics” and that Europe would continue to see an increasing adoption of solar technology by homeowners, companies and energy utilities.

But Green MEP Claude Turmes questioned the commitment of France, and the EU, to a truly sustainable energy transition, saying the lack of a coherent industrial policy tells a different tale.

The Luxembourger pointed out that in the last year of François Hollande’s term as president, France invested €15bn in nuclear projects, including handing €10bn to EDF to invest in its Hinckley Point project in the UK.

At the same time, government investment in solar power was negligible, although France does not currently produce anything like enough PV cells to cover its ambition in the sector.

“Wage costs for solar panel constructors are not even 5% of their overheads, so blaming [the state of the European industry] on Asian dumping is not realistic,” said Turmes. “The real reason European PV cells are so expensive is the high cost of capital.”

“Solar will be the number one energy source in terms of gigawatt hours and we will not produce any of our own panels in Europe,” added Turmes. “That is not my idea of a European industrial policy.”

The European Commission’s draft industrial strategy, which was leaked in September, has been heavily criticised for lacking strategic objectives.