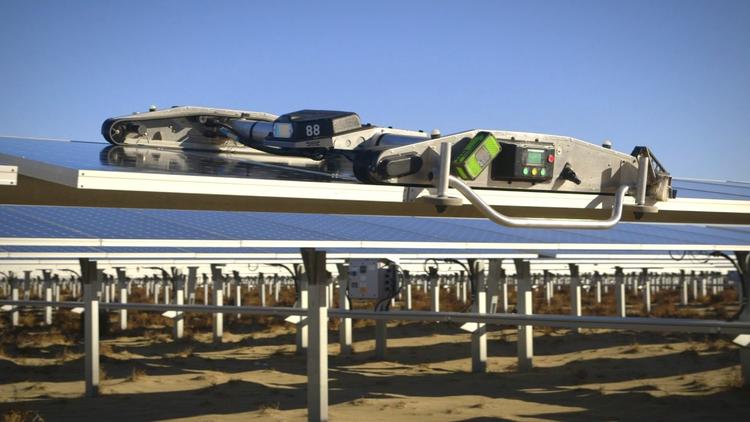 This month, two remarkable events occurred that passed mostly under the radar here on campus. First, to start off the month, the University of Michigan celebrated its bicentennial with an entire week of climate change-themed activities, called MC2: Michigan & The Climate Crisis. This event was organized to explore the existential threat of climate change and to reflect on the University’s role in confronting this crisis as we move into our next 100 years.

Second, only a few days after these activities wrapped up, Scott Pruitt, administrator of the Environmental Protection Agency, announced the organization’s commitment to abandon all responsibility to uphold the United States’s pledge to the Paris agreement of 2015, which was devised to lower carbon emissions to a level that will keep the world’s temperature below catastrophic warming. The EPA has now officially repealed the Clean Power Plan, which was our country’s framework to meet the goals of the Paris agreement.

Meanwhile, the impacts of climate change have become all too apparent, in the almost-routine natural disasters that are occurring worldwide. While these events are not entirely caused by climate change, their severity and frequency most likely are. Indeed, the record floods, droughts, fires and major hurricanes are exactly what climate models and scientists have been predicting. The estimated cost of these disasters in the United States, this year alone, is over $300 billion (not to mention the loss of human life), which dwarfs the $33 billion Scott Pruitt claims the Clean Power Plan would have cost to implement.

In the face of this global crisis, the federal government’s failure has created an opportunity and an imperative for other institutions to lead. Across the country, churches, business, universities, and local and regional governments are signing on in support of the Paris climate accord. Many are doubling down on their efforts to advance renewable energy and reduce their carbon footprints. Colleges and universities, including our peers in the Big Ten, have laid out substantive plans to tackle the climate crisis on campus.

Considering that, it’s disappointing that a report published by Bloomberg News this summer revealed that the University of Michigan has not only failed to address fossil fuel divestment, but that we have actually increased our estimated $1 billion worth of investments in these climate-altering companies by nearly 40 percent since 2015. As MC2 speaker Stephen Mulkey said, “It is ethically indefensible that an institution dedicated to the proposition of the renewal of civilization would simultaneously invest in its destruction.”

Though some from the University’s administration may rebut that those new investments are going into natural gas, which is supposedly more sustainable, recent scientific assessments have revealed that because of methane leaks during the fracking process, natural gas use may actually be one of the most carbon-intensive fossil fuels around — potentially worse than coal. The bottom line is, if we want to solve the climate crisis and avert catastrophe for human civilization, we cannot continue to burn fossil fuels.

The urgency to act is paramount. As a new University of Michigan study suggests, the window for action may be closing — the longer we wait, the worse climate change will become and the harder it will be to stop. That means action by nonfederal U.S. institutions is essential, because this country contributes a huge proportion of the world’s carbon emissions, and we cannot afford to wait for another presidential election to change that.

Despite saying that “the threat of climate change is one of the great generational challenges of our current and future students. We remain steadfast in our commitment to tackle that threat head-on at the University of Michigan,” President Mark Schlissel declined divestment in 2015. I hope he will reconsider this inaction, by taking the clear first step in committing our University to the Paris agreement goals — a proposal that was drafted by the Climate Blue student group and jointly supported by the MC2 committee. Thereafter, so that our commitment does not ring hollow, I hope the University will begin implementing plans to transform our campus energy production to renewables and will stop investing in the very activity the Paris agreement is attempting to curb.

Furthermore, because we, the students, faculty, staff and alumni of the University, are its essence, it is our responsibility to urge President Schlissel and our University administration to act on climate change. We can sign the Paris petition ourselves to show the University leadership our support. We can ask them to compete with our rivals at Ohio State, to drop the excuses and find a way to get solar panels on top of every building on campus. We can demand that the University join other universities and divest our endowment from fossil fuels.

We can ask the University to lead by offering scholarships to students dedicated to fighting climate change. We can insist that they commit to a 100 percent renewable energy campus. We, ourselves, can directly engage at the University by participating in a climate action summit on Friday, Oct. 27, for the inauguration of the new School for Environment and Sustainability.

Finally, we can call on the University to live up to its creed to be “Leaders and Best” by actually taking the lead on climate change. Otherwise, what will future generations say when they look back on the University of Michigan’s third century?

Jonathan R. Morris is part of the planning committee for the MC2: Michigan & the Climate Crisis Bicentennial event and is a research associate in the School for Environment and Sustainability.

Reprinted from The Michigan Daily with the author’s permission.