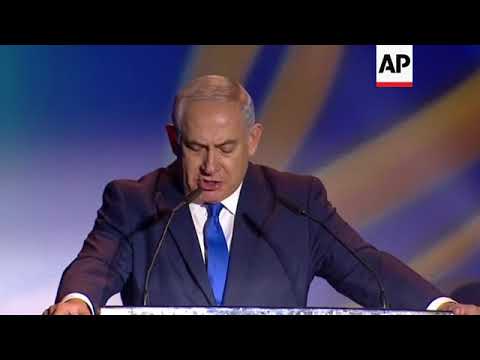 The move would hurt Palestine’s aspirations of statehood.

Israel’s Prime Minister Benjamin Netanyahu has backed legislation that would lead to the annexation of nearly 19 Palestinian settlements and uproot some 125,000 to 150,000 Palestinian people.

Israel’s prime minister expressed his support during the Likud meeting at Ma’aleh Adumim, the largest Israeli settlement in the West Bank.

The legislation is expected to come into effect in the winter session of Israeli’s parliament the Knesset.

The legislation pushed by the right-wing MPs, was written by Yisrael Katz, a member of Netanyahu’s cabinet and Israel’s Knesset.

It will support the “Greater Jerusalem bill” that seeks to add territories of Efrat Betar Illit, Givat Ze’ev and Ma’aleh Adumim to Jerusalem’s municipal boundaries, expanding the area to create a greater metropolitan region and effectively grabbing the land and adding those settlements to Israel.

The city of Ma’aleh Adumim is the largest bloc of Israeli settlement in the occupied West Bank and has a population of some 40,000 people. Israel is planning to build at least 4,000 Jewish-only houses in the soon to be marked territory, to create a greater metropolitan region. The move would effectively thwart Palestine’s aspirations of statehood.

“Ma’ale Adumim will always be part of Israel and in addition, I support the Greater Jerusalem bill,” Netanyahu said during the meeting.

“We will intensify the development Ma’ale Adumim,” Israel’s leaders added. “We will add the industrial zone needed and the expansion needed to allow for the advanced development of this place … This place will be part of the state of Israel.”

Trump administration has repeatedly requested Israel hold off on creating new settlements, but Netanyahu has continued with the expansion operations.

If the “Greater Jerusalem bill” is passed, nearly new 125,000 Israeli settlers already living on the outskirts of the West Bank will be added to the new area created, also roughly cutting off at least 100,000