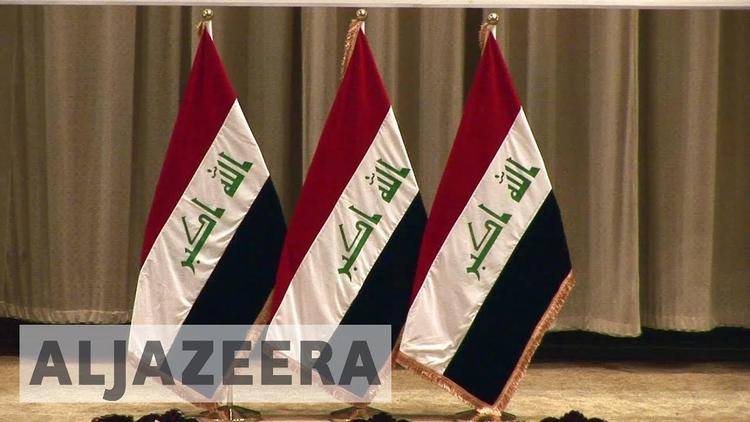 In Baghdad, the Kurdish referendum has dominated all other official proceedings. Lack of progress on electoral laws means federal elections could be postponed – again.

The controversial Iraqi Kurdish referendum on independence has also had a divisive impact on politics in Baghdad. For one thing it has ended the historic alliance between the Kurdish politicians and their Shiite Muslim counterparts in Baghdad. But perhaps more importantly, it is preventing the passage of important legislation and the efficient running of the Iraqi parliament.

In Iraq, a new set of legislation is drafted for each election. The Iraqi parliament started planning for this two months ago but have not managed to achieve much.

Between September 16 and November 9, the parliamentary agenda had tabled an ongoing discussion of a new series of laws related to provincial and federal elections, slated to be held in April 2018. MPs were also supposed to be nominating new members for the Independent High Electoral Commission, or IHEC, the body tasked with overseeing elections in Iraq.

Updating the electoral rolls, purchasing materials required for administration and preparing ballot papers – all these things are impacted by electoral laws. If they don’t happen soon, the elections will be endangered.

“Three weeks before the referendum, there had been progressive talks and we had reached a preliminary agreement,” Hassan Turan, the MP for the Turkmen Front from Kirkuk, told NIQASH. “But the referendum crisis has delayed further talks and everyone got obsessed with that issue.”

In fact, the last five meetings of MPs have focused almost solely on what to do about the referendum and ignored the electoral laws that will be needed early next year.

In one particularly lively session on September 25, the same day the referendum on Kurdish independence was held, dozens of politicians made passionate speeches about the subject. At the end of the session, the MPs voted to ask the Iraqi prime minister, Haider al-Abadi, to deploy federal troops in the northern city of Kirkuk and other “disputed territories” – these are areas the Iraqi Kurdish and Iraqi Arabs have been fighting over for years. Two days later, a further session resulted in decisions to close Iraqi Kurdish border crossings and stop international flights into Kurdish airports.

One group of Shiite Muslim politicians led by former prime minister, Nouri al-Maliki, tried to organize a vote of no confidence in the country’s president, Fouad Massoum, an Iraqi Kurdish politician. He was accused of not objecting to the referendum. Rumours started to spread that al-Maliki wanted Massoum’s job.

This campaign also suggested banning Iraqi Kurdish politicians from attending any further sessions of parliament in Baghdad. Somewhat worryingly there has been genuine discussion of the legalities of this. But should this happen, there would be a major crisis as the 62 Iraqi Kurdish MPs make up around a fifth of all MPs.

Despite heated debate on electoral legislation, parts of the provincial elections law have been passed. Around 46 articles have made it through the process with 11 still outstanding. One of these is particularly controversial as it would involve the holding of elections in Kirkuk. The northern city, which is a disputed territory and also home to a Kurdish, Turkmen and Arab locals, is often spoken about as a “flashpoint” because of its location and demography.

An even more complex issue is the election of new members for the IHEC. The current IHEC’s mandate expired last month. Parliament formed a subcommittee to start to select new members at the beginning of this year but has been unable to get close to nominations.

As usual there are issues about who gets represented. “All the people on the subcommittee are members of larger parties who have agreed to share the nine seats on the IHEC, behind closed doors,” complains Faeq al-Sheikh Ali, an MP from a smaller, liberal party. They refused to consider a proposal submitted by Ali and around 100 other MPs , suggesting that the judiciary selects judges to manage the country’s elections instead, to truly ensure independence, he adds.

One official from IHEC, speaking to NIQASH anonymously because he was not authorized to comment on the matter, said that these things needed to be organised quickly. If they did not happen at least six months before the elections, it would be problematic and potentially cause elections to be delayed yet again.

“Updating the electoral rolls, purchasing materials required for administration and preparing ballot papers – all these things are impacted by electoral laws,” he said. “If these political conflicts go on, the elections will be endangered.”

Right now it doesn’t feel as though time is on the MPs’ side. There are only six months left to go before the end of the current parliament’s term. Besides the electoral laws, there are also the batch of laws that have been on the backburner for, literally years and which have contributed to the current state of complex relations between Baghdad and Iraqi Kurdistan. This includes amendments to the Iraqi Constitution as well Article 140 of the Constitution, which deals with disputed territories like Kirkuk, and the formation of the long-discussed Federation Council, which is supposed to act in a similar way to the US Senate, the German Bundesrat or the House of Lords in the UK.

Given the current dispute about the Iraqi Kurdish referendum, it seems highly unlikely that these even-more-contentious issues are going to get their day in parliament. Which is why there are already rumours in Baghdad that the current term of the government and parliament will be extended for two years and general and provincial elections will be postponed once again.