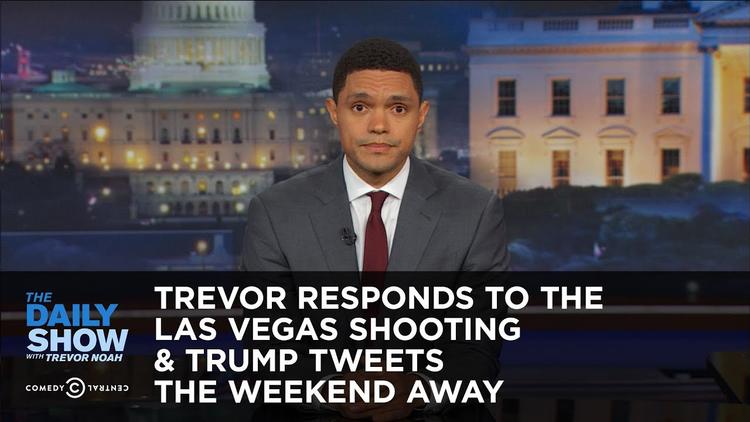 There have been 1,516 mass shootings in 1,735 days in the United States. You’ll note you don’t hear about mass shootings in Australia, Japan or for the most part the United Kingdom, or other civilized countries whose politicians have not been bought by 10 major gun manufacturers.

In 2015-16 (the twelve months beginning in March), there were 26 fatalities from gun-related crimes in England and Wales (equivalent to 130 because Great Britain 1/5 the size of the US).

Percentage of all Murders that were committed by firearms in 2016 in US: 73%

Trevor Responds to the Las Vegas Shooting & Trump Tweets the Weekend Away: The Daily Show