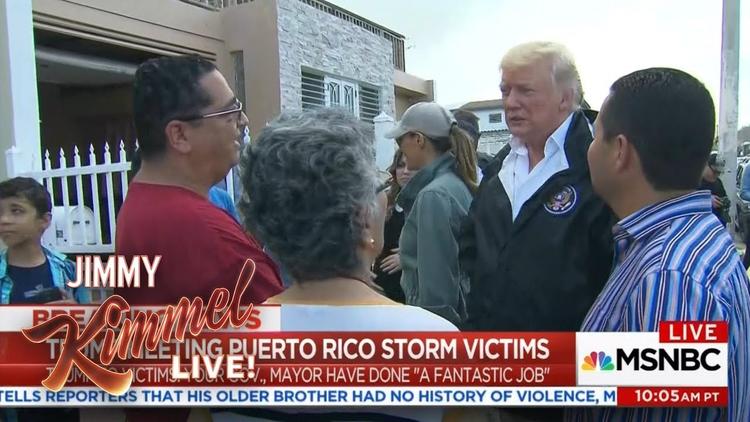 On Wednesday October 4, the news carried an apocalyptic version of our country with its chaotic national and foreign policy politics; its epidemic of Americans massacred by fellow Americans fatally attracted to assault weapons; and climate change denial in the face of a trifecta of record-breaking hurricanes.

Our world is closer to nuclear war than at any time since the 1960s. A nuclear war to eliminate North Korea’s nuclear weapons would create an unparalleled humanitarian disaster both in Asia and across the world, with radioactive fallout causing climate disruption and potentially global famine. If our scientifically challenged president doesn’t get the lethality of nuclear weapons, his Secretary of State Rex Tillerson does. Tillerson has publicly split with Trump, keeping communication channels open with North Korea to defuse the situation.

So also has Secretary of Defense James Matthis on the Iran nuclear deal, which he supports keeping intact. The president’s schoolyard bully instinct on international security is to tear up the laboriously negotiated agreement in which Iran agreed to end its nuclear weapons program, a deal that national security experts in-house and across the world support.

October 4th’s news carried a photo of President Trump lobbing a roll of paper towels to a group of Puerto Ricans on his visit to the island, with now 60 dead and possibly hundreds to come, an island without food and clean water and strewn with staggering debris. The metaphor was the message: “clean it up yourselves.” Unhinged, he held up and waved flashlights, taunting the crowd, “you don’t need them…” – while most of the benighted island was without electricity. In his world of “winners” and “losers,” Puerto Rico’s devastation was “not so bad” as Hurricane Katrina’s, so “get over it,” he callously inferred. His racism contaminated every response to their tragedy: “I hate to tell you Puerto Rico, but you’ve thrown our budget a little of whack…” Here’s the final indignity cast upon his second-class citizens: “Puerto Ricans want everything done for them…”

Contrast this with Oxfam’s immediate response to bring humanitarian assistance to the island and the renewable power storage systems being sent by a German company, citing “a mission to support humanity during a climate disaster.” Climate disaster? In the wake of three successive extreme hurricanes, the director of the US EPA Scott Pruitt – an intentional know-nothing on human–induced climate change – advised that this was not the time to talk about superstorms and how to mitigate them. If not now, when? President Trump’s response to the record setting storms – hurricanes happen, always have, always will. Get over it.

On Mass Shooting in Las Vegas

It’s the shooters not the guns, said the governor of Kentucky in so many words, mouthing the old saw of the gun lobby and their paid puppets in government. Why not respond: it’s the shooters and the guns. And then we figure out as a people, wearied by gun violence, what to do about both – the men who kill (mainly white) and the swamp of assault weapons they wade in.

With 521 mass shootings in 477 days, how many deaths does it take, asked one man in his letter to the editor, to get to the tipping point of gun regulation: “100, 1,000?” Sick of maddening pieties and prayers mouthed by do-nothing legislators, Senator Chris Murphy of Connecticut railed: “the thoughts and prayers of politicians are cruelly hollow if they are paired with continued legislative indifference. It’s time for Congress to get off its ass and do something.”

As for where President Trump stands on weapons of war in civilian hands, he signed a law last February that makes it easier for people with a history of mental illness to buy guns, including semiautomatic rifles, as he denied any relationship between assault weapons and mass shootings. Yet, recent history shows the opposite. Between 1979 and 1996 Australia had thirteen deadly mass shootings; but it has had none since 1996 when the country banned the sale of semiautomatic weapons and launched a weapons buyback program.

We are a country awash in guns; and we purvey more military weapons to democracies and dictators alike than any other country in the world – no other comes close. Could it be that this record trafficking in weapons, commingled with the marketing of guns to men and boys as masculine, has trickled down so that we are now a country that terrorizes itself?

Pat Hynes directs the Traprock Center for Peace and Justice http://traprock.org. She is a retired environmental engineer and Professor of Environmental Health from Boston University.