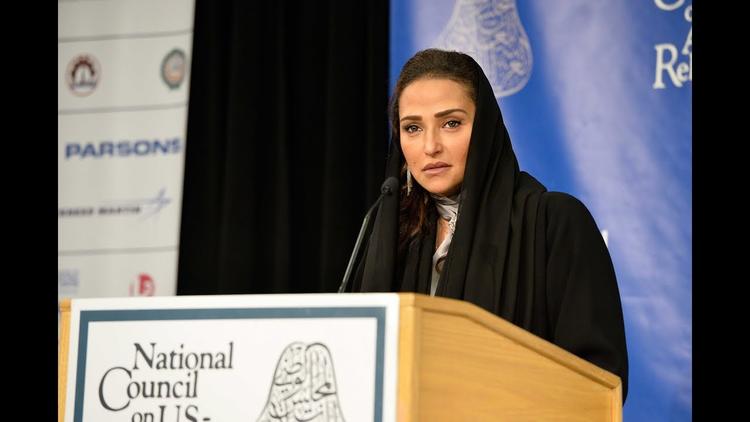 What role did collective action, and social media play in Saudi Arabia’s decision to lift its ban on women driving?

Picture of the author taken in 2015 by Lujain Mirza as part of her research project about visual representation of Saudi Women at Brighton University. All rights reserved.On September 26th 2017, the Saudi Arabian government announced the suspension of its infamous and much-criticised ban on female drivers. Unsurprisingly, the news was welcomed by some and rejected by others, although it is hard to get an accurate sense of the reception since the government routinely curbs freedom of expression. Nevertheless, a small minority will undoubtedly be jubilant: since 2011, a movement campaigning for the Saudi women’s right to drive has haunted the peripheries of national discourse, occasionally entering mainstream discussion and attracting national attention. It is interesting, in hindsight, to ask if this collective action influenced the decision and if, since much of this campaigning took place via Twitter, this validates optimistic arguments claiming that online spaces can be origins of real, material change?

Since their emergence, the information and communication technologies (ICTs) of the web 2.0 era have radically altered debates around online protest. In the early days of web 2.0, many viewed the Internet’s poly-centric, interactive and trans-nationalist nature as indicative of a new era of democracy, interdependence and interconnection, while others glimpsed darker futures of fragmentation and terror. Today, expectations have been moderated accordingly, with Babak Rahimi conceptualising the internet as a shifting mythic realm of constant discursive conflict. That being said, many still view the Internet as a radical ‘space’ beyond traditional power relations where individuals can engage in radical reinterpretations of their narratives of self. Could Saudi Arabia’s recent decision strengthen the case of these optimistic arguments? Can online activism really bring about change?

One can tweet anonymously, although still not entirely without risk

We should first note Twitter’s popularity in Saudi Arabia: in 2015 the country led the Arab world in Twitter usage with 2.4 million users. Statista lists a much higher figure for 2016 with 4.9 million active users. Increasingly, Twitter has become the arena in which women (and men) express resistance and opposition towards officially sanctioned discrimination. To some, such political engagement may be surprising; Saudi Arabia’s social, political and legal practices are notoriously discriminatory and exclusionary towards women. Such treatment can, however, fuel the anger which in turn motivates resistance. Various Twitter hashtags (e.g., #StopEnslavingSaudiWomen) became very popular, one following on from the other, giving Saudi women the ability to challenge (almost always anonymously) the existing patriarchal social system. The benefits of using Twitter for such purposes are evident: one can tweet anonymously, although still not entirely without risk, from an environment “characterized by relations of a minimal hierarchy and organizational heterogeneity”.

Still, any political protest is risky in Saudi Arabia, and political discourse by Saudi women is particularly unacceptable, often entailing fierce punishments. Such extreme conditions ultimately lead to a unique ‘protest ecology’ with little resemblance to what many traditionally think of as ‘activism’. For example, external threats mean these anonymous female activists will likely never meet, and therefore their online protests seemingly stand little chance of becoming offline actions. Within such anonymous, scattered resistance, can opportunities for real psychological resistance still occur?

The questions I want to raise concern how we think of resistance: are we unethical if we downplay online resistance, knowing it may play even a small role in policy change? There are other issues, too: Alexander Haslam and Stephen Reicher’s suggest a social identity model of resistance dynamics arguing that a fixation with the processes of oppression can lead to a conception of “domination, tyranny, and abuse as natural or inevitable”. They characterise the oppressed as inevitable victims, leading to a reduced belief in the possible agency of the disadvantaged. Instead, we must be creative in seeking out resistances where we can.

In order to ease the identification of resistance, Haslam and Reicher propose a three-stage model that emphasises the importance of collective identity to the processes of resistance, and highlights oppression itself can often lead to the creation of shared identities that can help the disadvantaged endure their oppression. The act of identity creation itself thus needs to be re-characterised as an extremely active act – the first stage in a process of psychological resistance. Once this shared identity is established, a group can more effectively stabilise or destabilise intergroup inequality through the creation of cognitive alternatives (or shared visions of alternative ways of being), which are reinforced through sharing.

Of course, if there is one thing we can unequivocally say about Twitter, it is this: it allows one to see others like oneself, and thus to form an in-group (however loosely), which in turn leads to the creation of cognitive alternatives. Once a group identity and cognitive alternative is formed, support can be sought from third parties: thus such cognitive fantasies can spread, new ideas of being travel through a global communications networks.

In an environment like Saudi Arabia, protest will begin online, hidden and anonymous

Like other observers, I argue that even in such contexts as Saudi Arabia, might still take online resistance less seriously due to a persistent and widespread misinterpretation of ‘resistance’ as largely referring to offline, physical actions, which are seen as more consequential. In contrast, recent social movements scholars advocate treating alternative forms of collective mobilisation as legitimate objects of study. Indeed, it has been argued that internal psychological resistance should be more highly valued, as it offers a middle ground for the oppressed, helping them to define their world view amidst oppression without the need for action – or without, we might say, the freedom for action.

On a final hopeful note, in an environment like Saudi Arabia, protest will begin online, hidden and anonymous. I hope that the Saudi decision will show that such activism can be consequential too. Moreover, this shows that we need to champion these beginnings, these early stages of internal resistances. Glimpsing these beginnings, we must not be disheartened by their clandestine, anonymous, restricted and underground nature. The decision to allow Saudi women to drive shows that through the creation of group identities and cognitive alternatives such hidden online spaces may produce new physical realities.