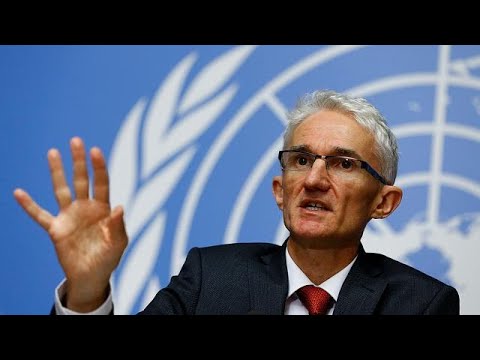 Violence in Myanmar has resulted in more than 400,000 Rohingya Muslims leaving the country and seeking refuge in neighbouring Bangladesh.Ludovica Marchi argues that the EU should take advantage of its good relations with the Association of Southeast Asian Nations (ASEAN) to help ease the crisis. There is potential for the EU, as an advocate of human rights, to exert pressure on Myanmar while working closely with ASEAN, which has a more sophisticated understanding of how to approach sensitive issues with the country’s government.

Myanmar is consistently in the news. The focus is not on the economic and political reforms that it initiated in 2011 and is trying to advance by overcoming obstacles of various kinds, nor on the internal struggle that is accompanying and complicating the planned transformation which followed the country’s November 2015 elections and the March 2016 establishment of a new national Parliament and democratically-elected national government.

Prominence is now, even more than in the recent past, granted to the shocking situation whereby the present government, practically headed by the human rights advocate and Sakharov and Nobel Peace Prize winner, now State Counsellor, Aung San Suu Kyi, is unable to stop the violence that infiltrates and victimises the Royingya people. More diplomatic resources need to be devoted toward averting what probably amounts to and is perceived in the international arena as constituting ethnic cleansing. These efforts should be targeted at Myanmar’s Commander-in-Chief Min Aung Hlaing, who is in charge of the security forces.

More than one million Rohingya Muslims have been living in Myanmar for generations. Since the 1982 Citizenship Law which came into force under the country’s military junta, they have been officially stateless. They are unwanted by Myanmar’s authorities, who continue to deny this minority’s most basic rights. Several thousand Rohingya people have attempted to flee by land or sea, mainly to Bangladesh and Thailand, and have perished, been exploited or been killed.

Unlike anything that has occurred previously in the northern Rakhine State, at the end of August, helicopters and rocket propelled grenades were used to attack the population and burn entire villages, after Rohingya insurgents conducted a series of attacks against the military and the police. Thousands of Muslim and non-Muslim Rohingyas have been targeted. On 10 September, the Arakan Rohingya Salvation Army announced a one-month unilateral ceasefire in order to enable humanitarian workers to assess and respond to the humanitarian crisis. Myanmar’s government and security forces dismissed the proposal, arguing that they do not negotiate with terrorists. Myanmar’s leadership continues to reject the idea of a UN fact-finding mission.

Europe is eager to promote the continuance of Myanmar’s opening up process and steps toward reform and civilian governance, and is supporting the country’s efforts. The EU has encouraged Myanmar to reintegrate its global political and economic structures. Together with lifting sanctions, the EU has played a significant role in contributing to development aid, technical cooperation and training, trade under the ‘Everything but Arms’ facility, and supervision of the Nationwide Ceasefire Agreement. With Myanmar, it holds annual human rights dialogue meetings.

Despite all of this, Europe has reacted strongly through its institutions, unambiguously condemning the attacks on the Rohingya. Europe is not downplaying the problematic situation, whereby external terrorist infiltration can actively exploit the Rohingya question and gain easy access to Myanmar. Also, it understands that the ‘Rohingya issue’ is only one of the dilemmas concerning the minorities living in Myanmar, and that the problems are more complex than may appear on the surface.

In response to the aggravated outbreak of violence and repression, the European Parliament expressed condemnation on 14 September with a ‘resolution on the situation regarding the Rohingya minority in Myanmar’. The resolution made it crystal clear that fundamental freedoms are to be guaranteed, and human rights respected. It stressed its demand that the government should reform the Citizenship Law, and offer citizenship to the Rohingya minority. It urged the government as well as the Rakhine State authorities to engage in registering all children at birth. EU High Representative Federica Mogherini called on Myanmar’s leadership to show that democracy is for all, beyond all ethnic, social and religious boundaries.

In response to the current situation, the European Commission devolved its support by donating €2 million in aid to Myanmar and Bangladesh jointly, and increased its support for Bangladesh with another €3 million donation. Bangladesh is deeply involved in offering assistance. The EU’s contribution further confirms its stance of many years of opposing the crisis which has oppressed the Rohingya. Its humanitarian aid department, ECHO, has been subsidising relief programmes in Rakhine State and in the Cox’s Bazar District of Bangladesh since 1994. It established an ECHO office in Dhaka in 2002, and another in Yangon in 2005, to assist the delivery of EU humanitarian assistance.

Since 2010, ECHO has provided more than €76.5 million in aid to vulnerable people in Rakhine state. This support involved the distribution of food, basic health services, psychological care, water and shelter to affected communities who have been displaced by the outbreaks of violence in 2012 and 2016. In 2017, a further €4.5 million was assigned. ECHO has also allocated funds to the International Organisation for Migration to assist 3,000 Rohingya men, women and children who were detained in Thailand after allegedly entering the country illegally.

The EU should take advantage of its good relations with ASEAN. ASEAN has always protected Myanmar and sought to maintain peace. It has also, however, proved capable of exerting sufficient pressure on the government in charge to compel them to undertake reforms. The countries of the Association have sought to convince the government to contain and moderate the violence, and have displayed profound concern with regard to the decimation of Muslim and non-Muslim Rohingya society.

No great difference exists between the quest for peace and reconciliation by the ASEAN and the advocacy for compromise and security-to-all that is inspired and promoted by the EU. No persuasive logical reason suggests that the EU, separately from the ASEAN, is making efforts to motivate Myanmar’s government to act lawfully in its approach to the Rohingyas.

The two groups, the EU and ASEAN, might easily join forces. They would then balance each other in persuading the decision-makers in Myanmar to deal appropriately with the individuals who make up the entire nation, thus bringing the focus of attention to the Rohingyas’ fate. As an advocate of human rights, wellbeing and the rule of law, the EU shall unceasingly continue to promote these values. In this task, it shall be helped by the ASEAN which, even more than the EU itself, knows how to approach Myanmar’s government.

Note: This article was originally published on EUROPP – European Politics and Policy or the London School of Economics.

Ludovica Marchi has researched on the EU and Myanmar as a Visiting Fellow at the Centre for International Studies at the London School of Economics. Her research interests include the external relations of the European Union with a focus on the EU’s pursuit of security policy cooperation. Her latest books are Italy’s Foreign Policy in the Twentieth-Century: A Contested Nature? (Routledge 2015, co-edited) and An EU Innovative External Action (Cambridge Scholars Publishing, 2011, edited).