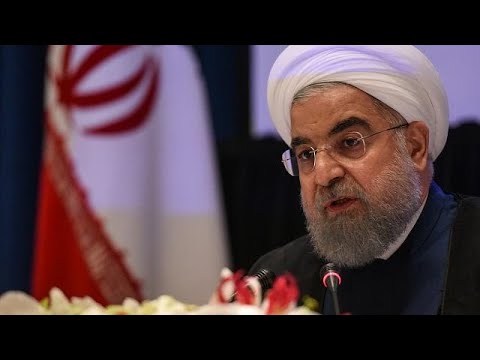 Amid speculation that U.S. President Donald Trump is to “decertify” the Iran Nuclear Deal next week, Iranian President Hassan Rouhani said that the 2015 agreement is “irreversible.”

“We have achieved benefits that are irreversible. Nobody can roll them back, neither Trump, nor 10 other Trumps,” Rouhani said.

“The nuclear deal was our moral victory, we proved to the world that we were honest and the ill-wishers were liars. This is irreversible and it will go down in history,” he added, also saying that if Trump pulls out from the agreement, “the entire world will condemn America.”

U.S. media was abuzz with speculation when on Thursday night, Trump during a photo op with the country’s military leaders commented that it was “the calm before the storm.”

When prompted by journalists as to whether he meant Iran, the fight against Islamic State or North Korea the U.S. leader responded, “You will find out.”

Last month, Trump made scathing remarks about Iran during his speech at the United Nations General Assembly, also calling the pact negotiated under President Barack Obama’s watch “an embarrassment” to the United States.

The Joint Comprehensive Plan of Action, JCPOA, known as the Iran Nuclear Deal, was signed in July 2015 by Iran and the P5+1 group of nations comprised of the United States, Russia, China, France, the United Kingdom and Germany after many years of diplomatic work.

Trump had repeatedly criticized it during his election campaign, long threatening to pull out.

If carried through, the withdrawal threatens to unravel what has been seen as a positive achievement of multilateral diplomacy, angering the other signatories and potentially triggering a regional arms race in Iran’s neighborhood.