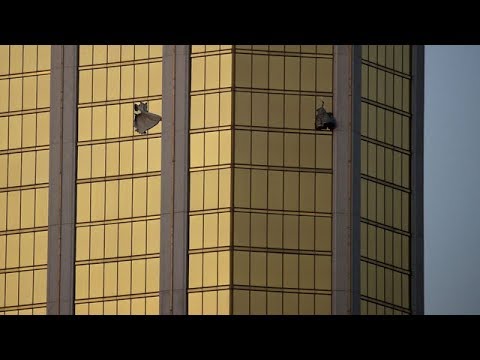 Like other mass shooters before him, Stephen Paddock has the benefit of White privilege even in the most vicious of circumstances.

Just when we think the national mood cannot get any lower after a weekend of the U.S. president taunting the mayor of Puerto Rico following the devastating hurricane season, we woke up Monday morning to 58 people dead (so far) and hundreds injured in a mass shooting in Las Vegas.

It’s still too soon to have answers to our collective and resounding “WHY?!” Media outlets have simply identified the 64-year-old White man who killed those people as a “lone gunman.”

As I read about the carnage left by Stephen Paddock (authorities have said he killed himself before capture), the lives lost and the loved ones of those slaughtered left to mourn, I am focused on the biggest thing missing in news reports. His race, a detail given in any account of a killing, particularly a mass killing, by a person of color. Other than his age and name, no other description of Paddock was given. First thing this morning, CBS, NBC, and CNN didn’t even have photos of Paddock. Yet, photos of his “female companion”—a woman of color who authorities have said had nothing to do with the massacre accompanied the reports.

By now we all know what Paddock looks like—although many of us knew when there was no mention of race. We also know that, like Dylan Roof, Sean Christopher Urbanski, Jeremy Christian, and others, Paddock has the benefit of White privilege even in the most vicious of circumstances.

The last reported “deadliest mass shooting in U.S. history” was June 2016 at a LGBTQ nightclub in Orlando, Florida. The shooter was Omar Mateen. His name alone suggests he’s not a White male. But news outlets went further to separate Mateen by calling him “American-born.” This would make him a U.S. citizen—an American, yes? But “Isis sympathizer,” “possible act of Islamic terrorism,” and “Islamic terrorist” permeated headlines and news stories.

Why don’t mainstream media outlets call out White “terrorists,” too? Because they can’t connect any political affiliation outside of the U.S.? That’s too conveniently narrow of a definition. To use qualifiers that enable us to call only nonwhites “terrorists” who commit “acts of terrorism” must no longer be acceptable.

Paddock rained unprovoked and deadly terror from his hotel window on thousands of unexpected people enjoying a concert. He is a terrorist. A White one.

His whiteness protects him from the same scrutiny that would be applied to any person of color. That is racist.

Dylan Roof went into a church in Charleston, South Carolina, and prayed with a group of African American churchgoers before gunning them down. Dylan Roof is a terrorist. A White one.

Jeremy Christian stabbed three men, killing two, on a Portland train after verbally assaulting two young women of color, one who identified as Muslim. Jeremy Christian is a terrorist. A White one.

So while the Stephen Paddock story is not obviously—or explicitly—about race, it’s still a story about race. No, Paddock did not target one racial group, so, we can’t call him a racist or say this was an act of racism. Yet his whiteness protects him from the same scrutiny that would be applied to any person of color. That is racist.

Why blame the media? What is the media’s role in all this?

Again, I turn to the Kerner Report. This report is named after its author, former Illinois Gov. Otto Kerner who led a commission selected by President Lyndon B. Johnson to investigate the uprisings that occurred throughout 1967, to determine what happened and why, and to provide recommendations to prevent them from recurring. In considering the history of racism in this country, it said: “By and large, news organizations have failed to communicate to both their Black and White audiences a sense of the problems America faces and the sources of potential solutions. The media report and write from the standpoint of a White man’s world.”

This “White press … reflects the biases, the paternalism, and the indifference of White America. This may be understandable, but is not excusable of an institution that has the mission to inform and educate the whole of our society.”

Awareness is out there, and it’s growing. I see it, and appreciate all the social media posts that have called out mainstream media for this type of irresponsible reporting that contributes to structures and systems of racism. If we do not hold these people, White or not, accountable for acts of terrorism—say it—any movement toward reconciliation among people of all races and cultural backgrounds will amount to absolutely nothing.

So, let us stop reading about excuses for White killers and mitigating labels like “lone gunmen.” They may be White, but they are terrorists.

This article was funded in part by a grant from the Surdna Foundation.

Zenobia Jeffries is an associate editor at YES! She covers racial justice.