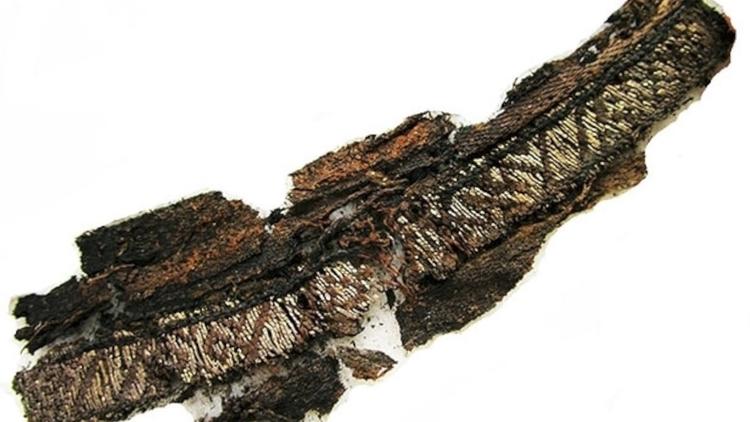 The archeological identification of stylized Arabic text for God (Allah) and Ali (the prophet Muhammad’s cousin and son-in-law) in burial garments of the Vikings in Sweden has thrown white supremacists into a tizzy. While the garments could just be the result of trade with the Middle East, it can’t be ruled out that there were some converts to Islam. This possibility drove the Neo-Nazis, Klansmen, the Breitbart staff, and other losers bonkers, since Vikings for them are the ur-Whites.

There was a similar controversy over Kenneth Branagh’s 2011 movie “Thor” from Marvel Studios, inasmuch as it cast Idris Elba as a Black guardian of the Bifrost bridge between earth and Asgard. As usual, the white nationalists were just being brain dead. First of all, they might have noticed that this version of Norse mythology is the brainchild of Jack Kirby and Stan Lee, two Jewish American giants of story-telling.

The biggest problem with white supremacy is how hateful it is. But its second biggest problem is how stupid it is. That is not to say that intelligent people cannot be members (Steve Bannon, e.g.). It is that they are captive of moronic premises. If you buy a stupid premise (global heating is not caused by humans, e.g.), then all your further statements will be false because they are built on a rotten foundation.

So genetic testing of those buried in Viking grave sites have turned up some with Iranian origins, and Iran may be the origin of a significant number of Vikings.

And, Vikings ruled a maritime empire during the medieval warming period when Scandinavia could support a fair population, roughly 800-1200 CE (AD). For instance, Vikings briefly conquered Sicily in 860. But during the whole period 827-902 the island was gradually coming under Arab Muslim rule from North Africa. Their troops were Arab, Berber and Black African. If you don’t think Vikings mingled with people of color in Sicily before returning north, including having some children by local women, you don’t know much about medieval society. And that some of them converted to Islam is entirely plausible. In fact the 827 invasion was provoked by a Byzantine official who felt badly used and so converted to Islam and became an agent of the Aghlabid emirs of North Africa. A Viking woman buried with a Muslim ring has been found by archeologists. Vikings also traded with the Abbasid Empire and raided Muslim Spain (al-Andalus). Vikings were not racists, and wouldn’t have known what a race is. As for their “tribes,” tribes in medieval society were like our political parties. People joined successful ones and suddenly found an ancestor in common with the clan they joined.

The populations of empires are always mongrels, and the Vikings were just not all of one ethnic origin or religious belief.

Moreover, Norse mythology is just a version of Indo-European mythology which is shared by Iran and India. In ancient Iran, as well, there was a bridge to the next word, called Chinwat, similar to the Norse Bifrost. Thor is clearly the same as the Vedic Indra and the Midgaard Serpent is Vritra. In ancient Iran, Thor was Faridun who fought the serpentine Zohak. That is, the closest you can get to Norse mythology today is Indian religion. Yes, supremacists, there are brown Aryans.

Worst of all for the supremacists, there are no races as popularly conceived. Our outward appearance is dictated by only 2% of our genes, and no, has nothing to do with intelligence or character attributes. Irish and Chinese are genetically almost identical despite representing the easternmost and westernmost extent of homo sapiens sapiens. Skin color is an adaptation to UV rays. When a woman is pregnant, she needs enough UV rays from the sun to produce vitamin D in the embryo, but not so much that they will cause genetic damage. So in very sunny places like the Congo, nature selects for black skin. In Sweden, nature over time (13,000 years) selects for white skin. The people in Sweden came from places to the south and began by being dark.

So give us a break. Vikings were all kinds of people. And so are genuine Americans.