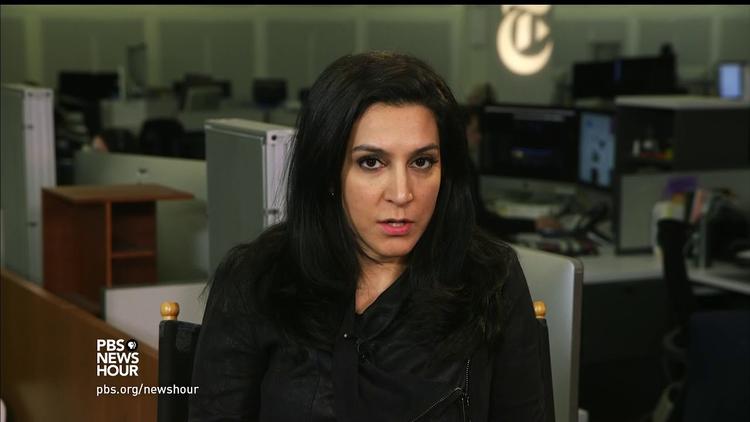 An 18-month investigation by a pair of New York Times reporters reveals far more civilians are killed in the war against the Islamic State of Iraq and Syria (ISIS)—particularly in the air war—than the U.S.-led coalition reports.

After visiting nearly 150 bombing sites in northern Iraq between April 2016 and June 2017, as well as the American base in Qatar where decisions are made about coalition air strikes, Azmat Khan and Anand Gopal “found that one in five of the coalition strikes we identified resulted in civilian death, a rate more than 31 times that acknowledged by the coalition.”

Since the U.S.-war against ISIS began in August 2014, the coalition has released monthly reports in which it claims tens of thousands of ISIS combatants and 466 civilians have been killed in Iraq. While the coalition claims civilians have died in only 89 of its more than 14,000 airstrikes in Iraq, Khan and Gopal’s on-the-ground reporting suggests the civilian death toll from coalition bombings in well into the thousands. U.K.-based Airwars estimates at least 3,000 civilians have been killed, but the group’s director told the reporters Airwars “may be significantly underreporting deaths in Iraq” due to lack of reliable reporting.

In addition to touring and satellite mapping the destroyed sites, Khan and Gopal pored over local news reports, and interviewed hundreds of witnesses, survivors, family members, intelligence informants, and local officials. At the air base in Qatar, they “were given access to the main operations floor and interviewed senior commanders, intelligence officials, legal advisers, and civilian-casualty assessment experts.” The also handed over data they collected on 103 air strikes from ISIS-controlled regions and examined analysts’ responses.

“Our reporting,” they write, “revealed a consistent failure by the coalition to investigate claims properly or to keep records that make it possible to investigate the claims at all,” concluding, “this may be the least transparent war in recent American history.”

In addition to poor record-keeping and neglecting investigations, the reporters point to civlians unexpectedly being near to an ISIS target and “flawed or outdated intelligence that conflated civilians with combatants” as common reasons for civilian casualties.

The coalition and the U.S. Department of Defense post videos of bombings to their websites, which “are presented as evidence of a military campaign unlike any other—precise, transparent and unyielding,” Khan and Gopal write. A Central Command spokesperson insists that “U.S. and coalition forces work very hard to be precise in airstrikes,” and that the coalition is “conducting one of the most precise air campaigns in military history”—but one such clip previously featured on the sites is a bombing of two homes with a caption claiming they were operating an ISIS car-bomb factory.

The homes were in fact owned by Iraqi civilians—Basim Razzo and his brother. The reporters recount the killings of Razzo’s loved ones in vivid detail. Razzo is a 56-year-old who worked as account manager for a Chinese multinational telecommunications company; in the 1980s, while he studied engineering at Western Michigan University, his wife Mayada sold Avon products to their neighbors. A few days after the attack, the badly wounded Razzo wrote on Facebook: “In the middle of the night, coalition airplanes targeted two houses occupied by innocent civilians. Is this technology? This barbarian attack cost me the lives of my wife, daughter, brother, and nephew.”

In response to Razzo’s effort to seek compensation and an apology, and the reporters’ investigation, Razzo was offered a “condolence payment” from the coalition several months after the attack—which he declined—but, through documents obtained via the Freedom of Information Act, he was able to learn a bit more about how their homes had been misidentified, surveilled, and destroyed.

“Despite everything, Basim could not bring himself to hate Americans,” Khan and Gopal write. “In fact, this experience was further evidence for a theory he had harbored for a while: that he, fellow Iraqis and even ordinary Americans were all bit players in a drama bigger than any of them.”

Because of his ties to the U.S, Razzo occasionally video conferences with university students about his experiences. “I have nothing against the regular American citizen. I lived among you guys for eight years,” he recently told a Penn State class of about 750 students. “This situation of war, big corporations are behind it.”