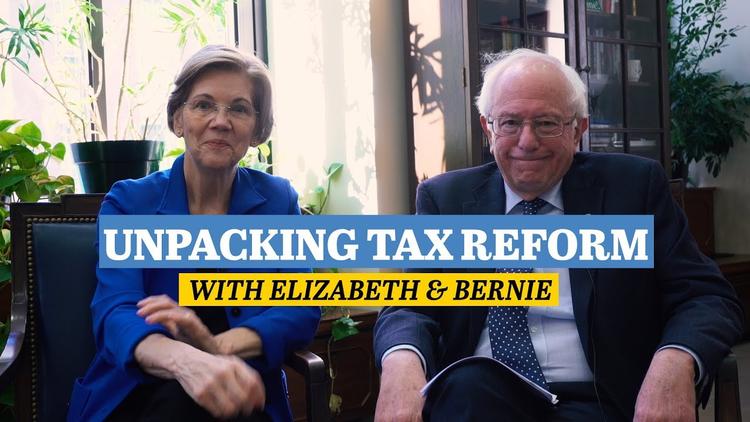 The Republican proposal will not only allow them to pass millions (or billions) to their heirs without inheritance taxes, it will also add another benefit on top of that.

There are times that you run across something that’s so preposterous that it’s hard to believe it’s true. But in this case, it is.

I’m talking about the multiple — and permanent — set of tax breaks that some of the Trump administration’s mega-wealthy appointees and their heirs stand to get if the estate tax repeal in the House Republicans’ tax bill becomes law.

The appointees I’m talking about are those with a net worth above $11 million (which is a lot of them) who sold assets that the Office of Government Ethics said would pose conflict-of-interest problems in their new gigs.

Combine the rules that cover such sales with terms of the proposed estate tax repeal, and these people get a multilevel, multigenerational bonanza. A gift that would keep on giving (and giving and giving).

I couldn’t believe what I was reading, and figured that I might be overly eager to uncover gifts to the ultra-rich in the House tax cut bill, which is by no means tax reform because it hurts millions of taxpayers in my home state of New Jersey and other places that aren’t reliably Republican, but bestows plenty of breaks on big businesses and the rich. So I asked tax expert Bob Willens of Robert Willens LLC, whom I’ve consulted for decades, to show me where I was making a mistake.

It turned out that Willens couldn’t believe what he was reading, either, when he parsed the proposed estate tax repeal provisions. “I had to read that about eight times,” Willens told me. “It defies description. It’s unheard of. It’s unbelievable.”

Under Section 1043 of the tax code, enacted in 1989, eligible federal appointees (such as an energy secretary who owns oil stocks) who sell conflict-posing assets and reinvest the proceeds in something permissible, such as an index mutual fund, don’t owe any tax until the replacement asset is sold. At that point, they pay taxes on the total gain in, to use our example, the mutual fund they bought with the proceeds of the assets they had to sell. In other words, the only benefit they get under current law is a deferral in their capital gains taxes. They don’t get to permanently escape taxes.

I have no problem with this tax deferral, by the way. I don’t think people should have to shell out serious money in order to work for the government. If they happen to benefit by being able to diversify their portfolios on a tax-deferred basis, the way former ExxonMobil chief executive Rex Tillerson could diversify out of his Exxon stock and long-time Goldman Sachs executive Gary Cohn could diversify out of his Goldman holdings, that doesn’t bother me, either.

Besides, until now people who have gotten very large Section 1043 tax deferrals have been almost certain to be wealthy enough to trigger estate tax — no, it’s not a “death tax,” it applies to only about 1 in 500 estates — when they die. Some 99.8 percent of estates don’t pay tax because about $5.5 million of assets are exempt from estate tax for a single person, and about $11 million for a married couple.

Now, watch where the outrageous part comes in. Under current law, heirs have to pay estate tax based only on the value of the inherited assets on the day the person who bequeathed them died. They don’t have to pay a penny on the assets’ gains while the dearly departed owned them. (The adjustment is known as a “basis step-up” in tax jargon.) But of course, the estate has to pay estate tax of 40 percent of the amount by which the inherited assets exceed the $5.5 million/$11 million threshold. The tax-free basis step-up allows heirs to avoid having to pay both capital gains tax and estate tax on the assets they inherit, which strikes me as a reasonable thing.

However, under the Republican plan’s estate tax repeal, not only would heirs collect everything tax-free, but they would also get a tax-free basis step-up in the assets they inherit. By contrast, when the estate tax was repealed for a year in 2010 as part of the George Bush tax cut bill, the step-up in basis was largely negated, which stopped heirs from getting a mega-windfall.

I assumed that would be the case in whatever plan the Republicans proposed this time. In fact, I predicted that in a January article that I wrote with Cezary Podkul, then a ProPublica colleague, currently a Wall Street Journal reporter.

We felt that even if the estate tax were repealed, the heirs of Donald Trump’s appointees would be subject to capital gains tax when they sold the assets their benefactors had acquired to solve conflict-of-interest problems.

Besides, even Trump, who campaigned on eliminating the estate tax, wasn’t proposing that heirs get a totally free ride. He was proposing something — details of which were never made clear — that seemed to involve estates paying capital gains tax on unrealized gains above $10 million.

That idea of taxing estates in any way seems to have disappeared entirely from Trump’s public statements these days. And I realize now that I was naïve to think that Trump might ever promote anything that might cost him or his family any money.

To return to where I started, I’m just astounded by the multiple tax breaks Trump appointees and their heirs stand to get if the House version of estate tax repeal becomes law. So is Bob Willens, the tax expert.

“You get to diversify tax-free,” he said, a tone of wonder in his voice. “Then you get to bequeath your portfolio tax-free. And the most amazing part is that your heirs get to step up their basis in the inherited assets tax-free.”

A great deal for these people. A terrible deal for the rest of us, who would have to pick up the tab for it.