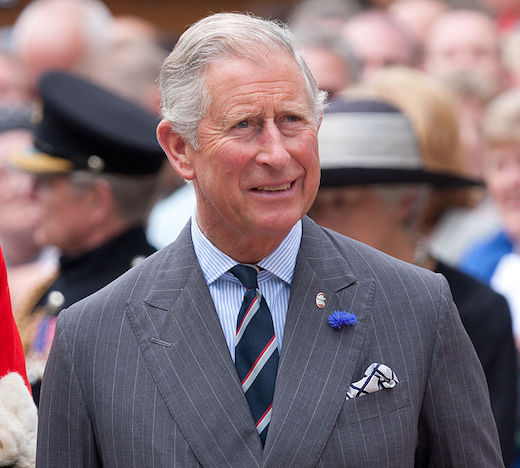 Prince Charles has come under fire after it came to light that he blamed the “influx of foreign Jews” for causing unrest in the Middle East and called on the US to “take on the Jewish lobby” in a letter penned in 1986.

Writing to his friend Laurens van der Post, the Prince argued that the exodus of European Jews in the middle of the last century “helped to cause the great problems” in the Middle East.

“I now appreciate that Arabs and Jews were all a Semitic people originally + it is the influx of foreign, European Jews (especially from Poland, they say) which has helped to cause the great problems,” the Prince wrote in a letter published by the Daily Mail. He added:

“I know there are so many complex issues, but how can there ever be an end to terrorism unless the causes are eliminated?

Surely some US president has to have the courage to stand up and take on the Jewish lobby in the US? I must be naive, I suppose!”

The letter was found in a public archive and was written on November 24, 1986, following an official visit the then-38-year-old Prince made to Saudia Arabia, Bahrain and Qatar with the late Princess Diana.

The Prince of Wales wrote that the tour was “fascinating” and that he had learned “a lot about the Middle East and Arab outlook”.

A Clarence House spokesperson said in a statement that the opinions expressed in the 1986 letter were “not The Prince’s own views”, but instead reflected the opinions of those he met on his trip.

“The letter clearly states that these were not The Prince’s own views about Arab-Israeli issues but represented the opinions of some of those he met during his visit which he was keen to interrogate,” the statement said.

“He was sharing the arguments in private correspondence with a long standing friend in an attempt to improve his understanding of what he has always recognised is a deeply complex issue to which he was coming early on in his own analysis in 1986.

“Over the years, The Prince has continued his study of the complex and difficult themes he referenced here. He has built a proven track record of support for both Jewish and Arab communities around the world and has a long history of promoting interfaith dialogue and cultural understanding.”

Prince Charles has enjoyed a relatively strong relationship with both Britain’s Jewish and Arab communities in the past.

The Prince had met with Austrian-born Holocaust survivors who are now British citizens earlier this year on a trip to Vienna, where he shared how his grandmother, Princess Alice of Battenberg, “took in a Jewish family during the war and hid them”, describing her efforts as “amazing”.

He has also been a patron of the Oxford Centre for Islamic studies for the past two decades, with the centre’s director, Farhan Nizami, describing the Prince as a “friend of Muslims” in 2013 and stating: “I don’t think there is another major figure in the Western world who has as high as a standing as he has in the Muslim world.”