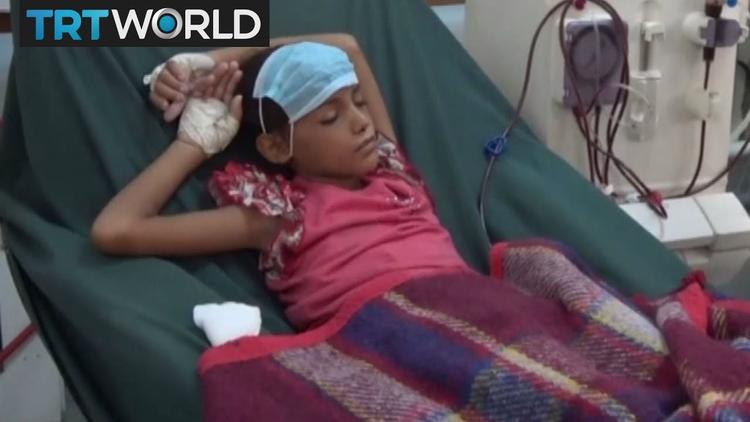 Millions of children are in desperate need of humanitarian assistance in Yemen, UNICEF’s Regional Director for the Middle East and North Africa said in a press conference Sunday in Jordan’s capital Amman.

“More than 11 million Yemeni children are today in acute need of humanitarian assistance. This number makes the 40 percent of the population,” Geert Cappelaere, the regional director, said.

He added that Yemen is one of the countries that faces the highest level of malnutrition in the world.

TRT: “The War in Yemen: UNICEF says Yemen battle is a war against children”

Nearly 5,000 children have been killed or seriously injured in the last two and a half years, Cappelaere said:

Aid ships were allowed after 20 days of a blockade to port of Al-Hudaydah. This port has been under the control of Houthi rebels and ousted leader Ali Abdullah Saleh’s biased forces. He also stressed that the country needs more humanitarian aid.

An aid ship, carrying 5,500 tons of flour, was reported to have reached the port of Al-Hudaydah, by an institution controlled by the Houthis.