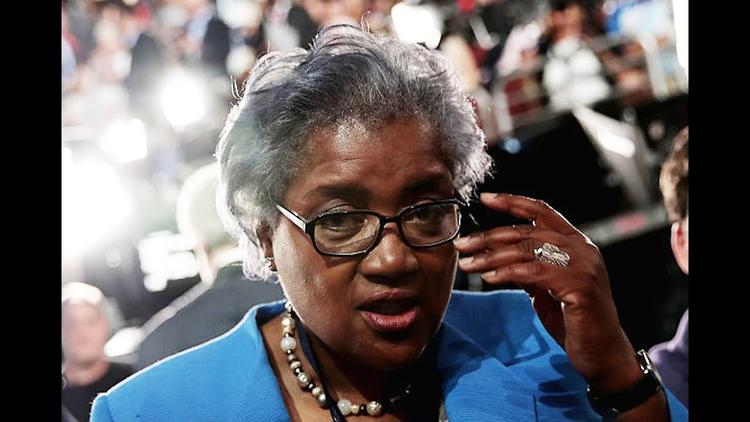 Former interim chair of the DNC Donna Brazile highlights the agreement that effectively gave the Clinton team full control of the organization as early as 2015.

In an explosive and “deeply disturbing” piece for Politico Magazine on Thursday, former interim chair of the Democratic National Committee (DNC) Donna Brazile drew upon her brief experience at the organization’s helm to reveal the extent to which the 2016 nomination process was “rigged” in favor of former Secretary of State Hillary Clinton.

In her account, Brazile details the deep “internal corruption” of the DNC, the role the ostensibly neutral governing body played as a “fundraising clearing house” for the Clinton team, and how those dynamics unfairly handicapped primary challenger Bernie Sanders.

Many of the DNC’s most deeply embedded issues, Brazile notes, spring both from former chair Debbie Wasserman Schultz’s poor management and former President Barack Obama’s neglect, which left the committee deeply in debt.

In August 2015, the Clinton campaign—along with the joint fundraising vehicle with the DNC, the Hillary Victory Fund—came to an agreement with the committee to begin to pay off this debt, which had soared to $24 million. In exchange, the DNC’s finances were placed “fully under the control” of the Clinton team, “which seemed to confirm the suspicions of the Bernie camp,” Brazile writes.

“When the party chooses the nominee, the custom is that the candidate’s team starts to exercise more control over the party,” Brazile observed. “This victory fund agreement, however, had been signed…just four months after Hillary announced her candidacy and nearly a year before she officially had the nomination.”

Brazile goes on to describe the terms of the agreement, which she describes as “unethical”:

The agreement…specified that in exchange for raising money and investing in the DNC, Hillary would control the party’s finances, strategy, and all the money raised. Her campaign had the right of refusal of who would be the party communications director, and it would make final decisions on all the other staff. The DNC also was required to consult with the campaign about all other staffing, budgeting, data, analytics, and mailings.

Brazile concludes the piece, which is an adapted excerpt from her forthcoming book, by detailing a conversation she had with Sen. Bernie Sanders (I-Vt.) shortly after she found the “cancer” at the heart of the DNC—this so-called “Joint Fundraising Agreement.”

“How much control Brooklyn had and for how long was still something I had been trying to uncover for the last few weeks. By September 7, the day I called Bernie, I had found my proof and it broke my heart,” Brazile writes. “I explained that the cancer was that she had exerted this control of the party long before she became its nominee….Bernie took this stoically. He did not yell or express outrage. Instead he asked me what I thought Hillary’s chances were.”

Unsurprisingly, Brazile’s account immediately caught fire on social media, provoking a mixture of outrage and vindication—particularly given that it comes from a “stalwart” establishment insider who admitted to passing debate topics to the Clinton team during her time as a CNN contributor.

“Shame on the DNC, on Hillary Clinton, and every Democratic operative responsible for this bullshit. What a mess,” The Intercept’s Shaun King wrote on Twitter.

“Since the election, it is not clear that the DNC has dealt with these problems yet,” writes Clio Chang of Splinter News, building on King’s point. “Tom Perez was installed as DNC chair over Keith Ellison, a move that was largely seen as giving Democratic elites more control over the party….The DNC is not doomed to repeat the problems of the past, but from Brazile’s account, it’s clear that the organization requires a major reckoning.”